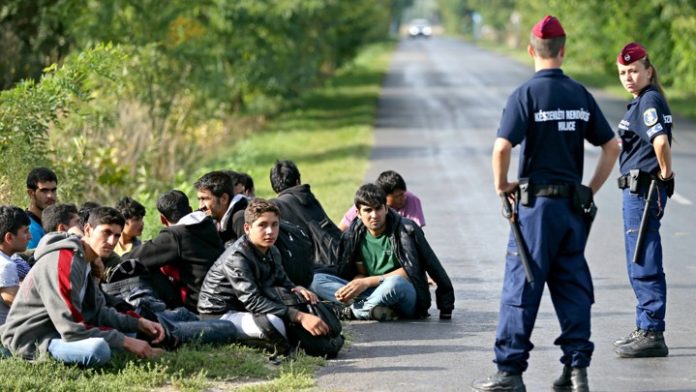 Ashrafuddin Pirzada
PESHAWAR(Pakistan): A large number of youngsters including brothers and sisters along with their parents from various parts of Pakistan put their life at risk to find a better life and face different kinds of abuses including sexual assaults before they reach Europe, the Gulf, Canada, and the United States, said, officials.

The ordeal comes out of the session conducted with a score of border police, victims, parents, officials, social workers and travel agents in Peshawar.

The participants in the eight hours long discussions come up with the suggestion that the implementation of the law in a true sense and the creation of jobs and business opportunities within the country could stop parents not to sending their teenagers abroad while putting theirs in danger.

Parents say poor families usually send their children, especially girl children to find a better life out of the country is a risky game but they had no other option rather take risks. While border authorities say a number of cases were recorded that children on the way to Europe came under sexual attacks and physical abuse in the long journey to reach the county of destination.

Amir Ahmad, a former border official at the Pak-Afghan border, says several agents allegedly taking girls and boys from the age of 10 to 15 years to the EU via Afghanistan, Iran and Central Asian states were arrested at the Pak-Afghan border. He says last year a man along with a 16-year-old girl was stopped at the border and asked questions from them the officials say they found that the girl was purchased as a wife from Chitral(a far-flung hilly district in Pakistan)and was trying to sell her in the Gulf states. He says it was not the single case they went through in the past few years but recovered dozens of immature girls, women, and widows from Pakistan to use them in bars and dancing clubs in the EU.

“The Pak-Afghan border route was frequently used by the human smugglers who tried to smuggle girls from China, Bangladesh, Thailand and other poor countries to smuggle girls via Pakistan and Afghanistan”, says the official. He adds in 2015-16 they foiled bids to smuggle seventy-nine girls and boys via Afghanistan.

Shomaila Bibi,20,(pseudo name) is in a rehabilitation center in Peshawar and told this scribe that she was told by her parents that a man named Gul Agha,44. She says that her parents told them that the man she met was her husband. After a few days, Shomaila simply became a wife but she did not know that she was sold.

“I was told that they were going to Iran via Afghanistan wherefrom they would be going to Turkey and Europe”, she says. Adding that they crossed the Pakistani border and Afghanistan also in three days journey. She says along with several other girls and men she was used during the journey by many smugglers.

“We were in Iran for three months where she got pregnant and become sick”, says Shomaila. She says it was impossible for her to continue the further journey as she handed her over to the Iranian police. She was with them for fifteen days along with other persons who illegally entered Iran and were deported to Pakistan.

“I have lost my virginity and life also, no one will accept me as I am living in the rehabilitation center where I gave birth to a girl child”, says while breaking into tears.

It was just taken as a case study for the discussion substantiating that well-organized human smugglers’ are operating in Pakistan and Afghanistan smuggle both boys and girls to other countries to make money. Aseel Khan, a social worker says he worked with a rehabilitation center in Peshawar where he recorded most of the cases of sexual abuse that happened to girls and women while their parents were given money. He says not only do poor families send children abroad but some of the families also recorded that they send their youngsters EU as they are afraid of being trapped by militants operating in the area. He says militant groups forcefully hire boys ageing 10-16 years and train them for attacks.

He says residents prefer to send children out of the country rather than their children become militants. He adds that every year a good number of Pakistani citizens die when they travel through snow-covered hills on the way to Europe, adding that several reported shot dead by border security forces in Iran and at European countries’ borders.

According to border police with Afghanistan, they foiled 67 attempts of human smuggling from and to Afghanistan since January 2018. Another official on the condition of anonymity tells that 90 percent of recovered girls were used as sex tools in different countries. He says underage girls had no legal right to apply for travel documents as human traffickers use illegal ways and means to smuggle teenagers via ghost routes.

As such the government has yet to establish proper rehabilitation in tribal districts but they keep the recovered girls and boys in a two-room compound and then shift them to Peshawar, the capital city of Khyber Pakhtunkhwa to live there.

Nosheen Bibi,19, says two years ago she was with his stepmother in a shopping Mall in Mardan wherefrom she was taken to Swat with another woman along with her stepmother and sold to a man there.
“I came to know after staying for a day there that my stepmother had sold me for money and the man wanted to use me as a sex girl in Gulf countries”, Nosheen explains.
She says without telling the stepmother she escaped from the home in Swat and reached to a police station in Mingora. She says she lived for a year in the rehabilitation center now she is an NGO employee working on women’s rights.

Amir Takkar, an employee of a non-profitable organization, working on runaway and drug-addicted children, says they had no exact data but he suggests that around three hundred boys and girls are internally being smuggled for various purposes including forced marriages and child labourers. He adds that despite indigenous human smuggling every year poor families send boys, girls and young women abroad for seeking a better life.

Takkar says in 2017 two young men on the way to Europe came under an avalanche in Iran. According to their official record, Takkar says, around 275 children (78 girls and 197 boys under age) are missing from their homes in Pakistan for the last three years or more. They also searched and registered some cases but no one knows about their whereabouts, Takkar reveals. He further says parents’ ignorance, poor law implementation, and rigged family traditions are the main reasons that create a situation for youngsters to leave their homes.

Sameen Aslam, a local police officer says they have received around fifty complaints of missing children in the past two months in Peshawar but after their investigation, they found that most of them had crossed the border illegally inciting them for a better life and money. He says in several cases parents agreed with the smugglers to send their children including girls with their relatives abroad but they misuse them.

“I arrested four persons along with two young girls and women from Sindh province when they were illegally trying to cross the border into Afghanistan. He says not only do poor parents send girls and boys to rich countries but in some cases parents in Chitral, Punjab, Sindh and Swat sell girls to elderly men towed them to Gulf countries. He explains that people do not want to expose the real agreement they did, saying they don’t know where their children have gone.

At the conclusion of the session, participants agreed to raise awareness at various levels and put pressure on the concerned quarters to reach the hands behind and help motivate youngsters to work within their country and save their life and honour. 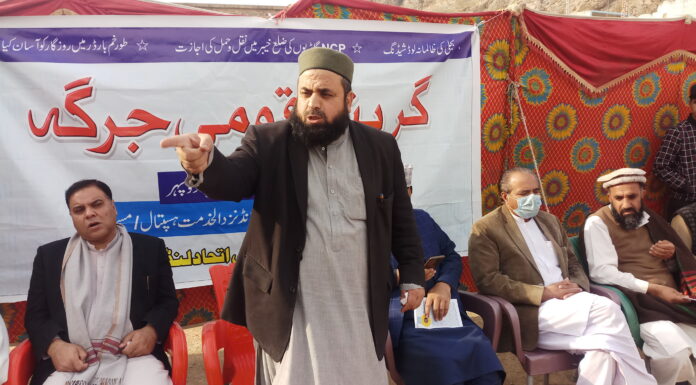