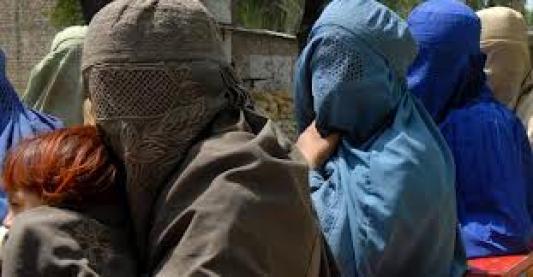 The Federally Administrative Tribal Areas (FATA) of Pakistan is home to some of the most inhumane and radical gender-based instances of violence.

FATA is a region in northwestern Pakistan that has been granted special status under the government. The Frontier Crimes Regulation (1901), a set of laws applicable only to FATA, promulgated a system in which the Parliament of Pakistan cannot extend any laws to the affairs of FATA. In other words, the Constitution of Pakistan does not extend to FATA, giving rise to a novel system of governance known as Political Administration. The effect of excluding FATA from any form of legitimate Constitutional liability has made much gender-based violence largely permissible.

The Pashtun people of FATA follow an ancient custom commonly known as “ghagh,” which entitles a male the authority of forcing his marriage proposal on a woman. While the Khyber Pakhtunkhwa Elimination of Custom of Ghagh Bill 2012 was unanimously passed by Parliament to eliminate this custom, the practice occurs to this very day in various regions of FATA. The tradition of ghagh includes a man firing gunshots into the air at the doorstep of the proposed girl’s house, affirming that he is the only one who can marry her. The outcomes of this practice are bleak. Once invoked, a woman either confirms to the marriage against her will or refuses the proposal, only to witness her family exposed to a long, drawn-out feud. An example of such is the story of Gul Ghotai, a tribal woman operating under a pseudonym. A local tribal man had petitioned Ghotai several times for marriage; however Ghotai’s father refused the proposal and the suitor was turned away. Filled with anger, the suitor sent Ghotai’s family a message, claiming his proposal was aghagh if the family was still averse to accept. This claim to marriage marked the beginning of a feudal dispute that would disrupt Ghotai’s family for the next two years. In efforts to protect his family from a fatal end, Ghotai’s father sent a ghagh to the suitor’s family, stating that Ghotai’s brother was to marry a female in their family and that any diversion from this, would end dreadfully. The male members of both families then armed themselves with AK-47 rifles, hoping to seek a kill from the opposition. The conflict was later resolved by the local Jirga, an assembly of elderly men who resolve judicial and legislative issues within a particular region.

The concept of forceful marriages is perhaps one of the most devastating customs that affect thousands of tribal women in FATA. The tribal custom of, swara, for instance is a customary practice that is considered sacred to many. Swara is a child marriage custom in which feudal disputes are resolved by forcing young females into marriage to the rival family. This practice is popular among Pashtuns in Afghanistan and Pakistan, primarily in the tribal regions. The gruesome practice of swara in FATA typically occurs for two main reasons; it acts as a safeguard to males in the family who have been accused of having some sort of illicit relationship with girls of the opposite family-when one elopes with a girl, for example, or even rape.Swara is also practiced in efforts to resolve a case of murder; for instance, if a male member of a family murders a member of another family, a young female is given in swara to prevent endless feuds that may extend to subsequent generations. The outcomes of this practice are horrific; victims are often treated with gross disrespect and violence from both their husbands and in-laws. In some instances, these victims are even killed in a brutal manner to avenge the death or humiliation that was brought upon them by the members of the female’s family. While the practice of swara occurs on a broad scale among the tribal people, very little evidence exists on specific instances largely because the region lacks a judicial system, as prescribed under the Constitution in Pakistan, through which these cases can be reported.

I belong to the tribal regions of Pakistan so these instances of injustice really hit home. I traveled back to Pakistan a couple years ago and learned a lot from my family members who are both experiencing and witnessing these events firsthand. I’ve spent most of my life abroad so it’s difficult even for me, a native of the region, to wrap my head around these strange customary practices. I began doing a lot of research on the women of FATA, using news articles and journals I found online. However, I wanted to dig deeper and eventually reached out to non-governmental organizations (NGOs) in Pakistan to get my hands on vital information pertaining to my research project. I studied the culture a lot and realized I wanted to continue conducting research and writing articles, in hopes of unraveling the treatment of FATA women to the world. I realize I can’t change the system that is in place, a system that dates back to the British colonization of the region. However, I attempt to raise awareness and draw attention to the matter in order to abolish these inhumane practices. We need a long-term solution and the only viable one is to extend Constitutional protection to the tribal regions. This entails a responsibility on the Parliament of Pakistan, an obligation the government has deemed too heavy to assume. The failure of the government to step up and administer the region has made the public refer to this region as “ilaka ghair” or, land of lawless. The mountainous terrain of the region made the emergence of the Tehrik-i-Taliban in FATA fairly smooth; however, the growth and further establishment of the Taliban was permissible because of the lack of a government and intelligence agency in the region. The extension of the Constitution to FATA would guarantee some sort of political order and alleviate much of the social evils that penetrate society today. Without any legitimate political system of governance, FATA will continue to remain a primitive society with no hopes of progress.

**Laila Khan, junior at the University of Pittsburgh studying economics and political science. 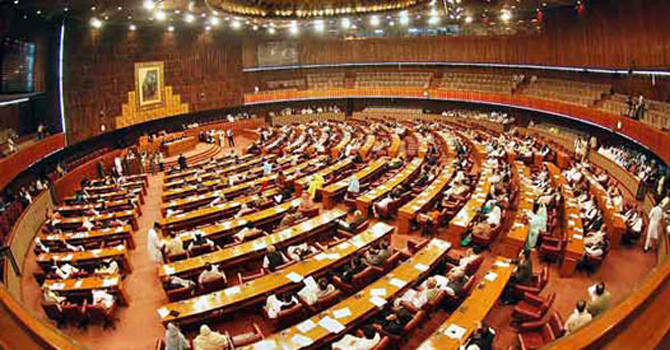