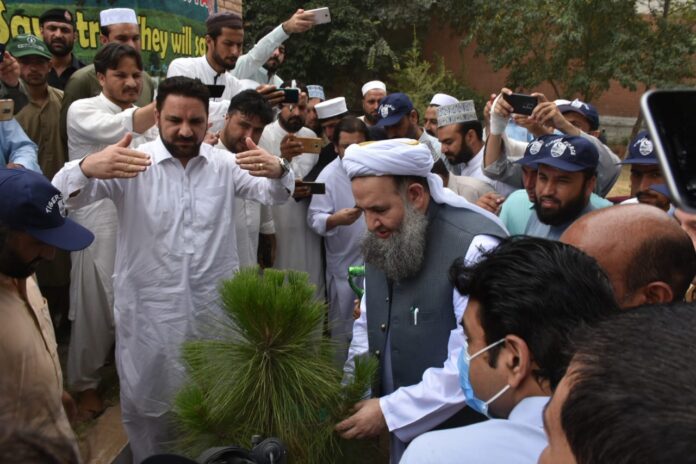 Qadri formally kicked off the plantation campaign and planted a sapling at the deputy commissioner house lawn.

Speaking to the Prime Minister’s billion trees campaign opening ceremony the minister dr Noorul Hqa Qadri said it was not only their moral obligation to plant trees but Islam teach every muslim to plant trees and earn blessings of Allah.

Qadri said this years on the directives of Imran Khan they would plant one billion saplings across the country. He said 0.1 million saplings would be planted in Bara,Jamrud and Landikotal in ongoing plantation season.

The minister urged that every citizen should contribute in tree plantation so they they could get billion trees plantation target and successful complete the plantation campaign. He added that his party vision was to make corruption and pollution free Pakistan for the coming generations.
He said youth were their driving force who could be used in making Pakistan develpped and prosperous l,adding that they could educated and motivate students in schools,colleges,universities and seminaries to plant at least five sapling each students.

He lamented the unfriendly restriction on the Torkham border and said that revenue being generated at Torkham border had dropped from billions to millions of rupees.

He,however, said that in coming months trade and business activities via Torkham border would get improve where most of the citizens would get behefits of it.He said party want to maintain friendly and good business ties with Afghanistan and other central asian countries. He said billion trees campaign would not only help to ensure healthy air to breath but it could also cause to rian and reduce the water scarcity in Pakistan. 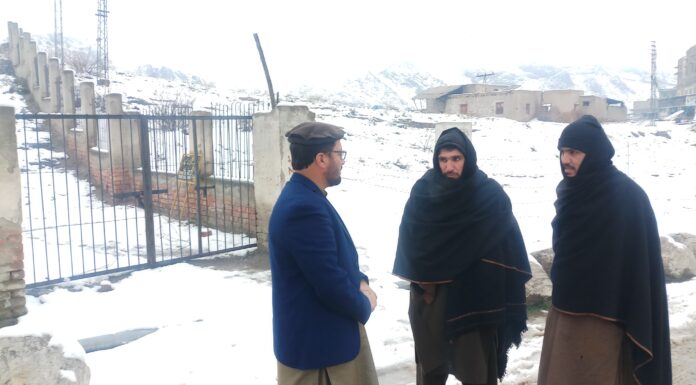