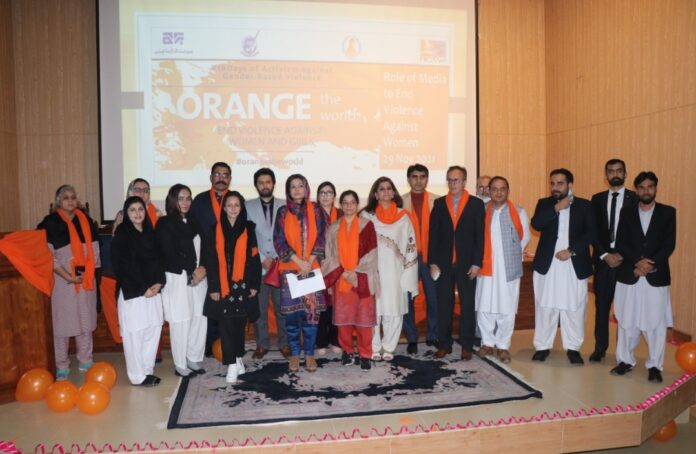 Media Urged to Play a role to end violence against women

PESHAWAR: Rubab Mehdi, regional commissioner for the protection of women against harassment at the workplace on Tuesday said that government and civil society should join their hands to end violence against women at the workplace so that women folk could perform their duties without fear.

A large number of students including girls and boys, professors and civil society members attended the seminar.
The aim of the 16-day activism was to encourage the raising of women’s voices against injustices, violations or deprivation of their due rights.

The seminar, at Peshawar University, was organized by the Aurat Foundation with the collaboration of the Khyber Pakhtunkhwa Commission on the status of women as a series of 16-day activism campaigns to eliminate Violence Against Women and Girls, now.

Speakers of the seminar highlighted how the media should play its role in the eradication of Violence against Women and Girls. the media can play a crucial role and to report and covering the inequalities and injustice with women in society.

Speakers present in the seminar expressed their views and discussed how media can play a role in the eradication of violence against women and girls.

Rubab was speaking was not acceptable nor excusable and neither it should be tolerated at any level. She said the media role was inevitable in this regard to fight against such evils.

Rubab said It was the responsibility of the media not only to report the harassment case if it take place anywhere in Pakistan but every person should also raise a voice against it.

She added that the ombudsperson office, the national commission on the status of women and the Provincial Commission on the status of women are the institutions where they can seek remedy and will be facilitated. She insisted that the media should encourage the reporting of violent cases along with the required process and steps. She urged that survivors could be prevented from further harm.

Doctor Riffat Sardar chairperson of KPCSW said that gender-based violence could be tolerated at any level and in any form.

At the end of the seminar, “A collaborative approach, that combines sensitive reporting together with advocacy, sensitization, and support for media personnel would contribute a lot in public awareness regarding women rights, the relevant laws, which ultimately helpful in the elimination of gender-based violence.” 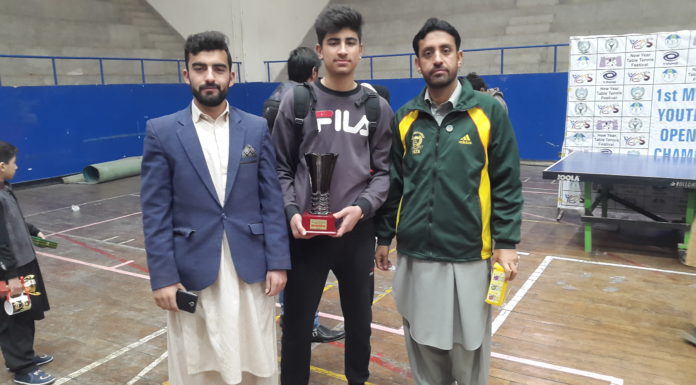