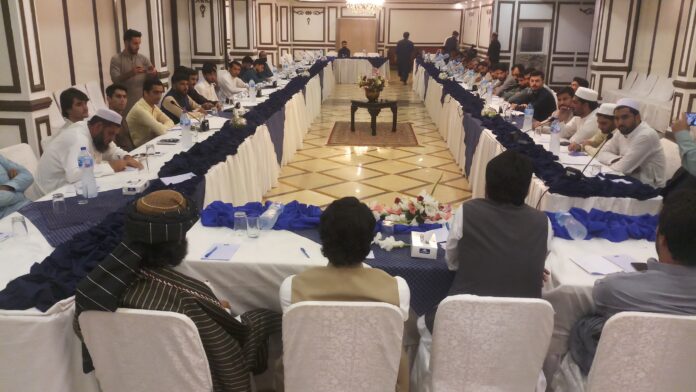 ISLAMABAD: Youth, social activists, and political workers hailed from ex-Fata districts and Frontier Regions in a seminar totally rejected the Fata merger and hinted to launch legal and political campaigns at all levels to reverse the decision of few people who went off the screen since the tribal were deprived of their identity three years ago.

The seminar was arranged in a private hotel in Islamabad on Wednesday which was attended by a large number of social activists, teachers, political workers, tribal journalists, and tribal youth.

Participants said a single ex-Fata resident was ready to accept the so-called merger brought on the direction of foreign powers. They said tribal belts had been used as the laboratory where everyone was doing their own experiment.

Sher Afgan Mehmood said Fata had merged in haste to swallow resources and minerals in tribal areas. He said social media should be used to raise a voice against the consequences of the post-Fata merger. He said the past government did not ask ten million tribals whether they want a merger or not. He said without the consent of few people millions of militancy suffered tribal people were put at the mercy of a poor and resourceless Khyber Pakhtunkhwa province.

Journalist Shehaz Khan Afridi said youth should come forward and join hands with the movement generated against the merger.

Maulana Shah Nawaz Khan of Kurram district said the crime ratio increased while narcotics production and use three times doubled after the police system was installed in tribal districts. He said the 25th constitutional amendment was not acceptable and it should be reversed.

He said those who not only supported mergers and run rallies and political campaigns were now living abroad after getting benefits from the illegal Fata merger.

Some speakers suggested amendments in Frontier Crimes Regulations(FCR) to adjust it with the Pashtun culture and traditions. They said 90 percent of tribals residents were intentionally not led to involve in the merger process nor they were happy with the police culture.

They said a good number of sitting parliamentarians were also not happy with the Fata induction into settled areas.

Brig(R) Said Nazeer Mohmand was the key speaker he said Qabails(tribals) had 125 years old identity where tribal people had their own way of life with their unique culture. He said FCR was brought according to the Pashtun traditions.

“265 laws passed in the parliaments while 34 commissions are constituted so far but none of them suggest to change tribals identity while only Sartaj Aziz led commission did it” Mohmand said.

He said a tribal person was not part of the Sartaj Aziz commission who unfortunately did the merger.
He said Shaji Gul Afridi and Shahabuddin supported the Fata merger who lost their seats in the national elections, he said.

The former army officer said how it was possible to bring reforms in conflict areas before enabling and facilitate them. It was very unfortunate that women jails were constructed rather than initiate developmental projects in Fata. He said the double standard policy had been adopted by the current government to further press tribal people. He urged the youth to take their struggle ahead and fight for their legal rights to reverse the so-called merger.

He said the 26th amendment would take place soon. He said they have a case in the supreme court which would soon be decided in the favour of tribal people.
In the end, they presented a resolution asking the chief minister to stop his interference in the Fata merger struggle was passed. 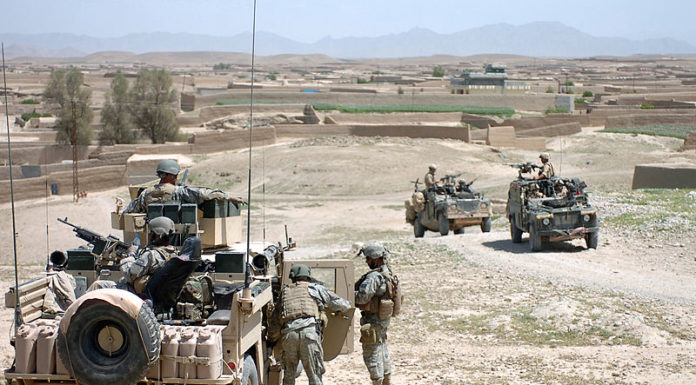