LANDIKOTAL: Dozens of Khuga Khel tribe youth, laborers and traders staged a protest demonstration at Pak-Afghan border Torkham on Tuesday and condemned the grabbing of their land by NLC officials illegally.

Israr Ahmad Shinwari, the leader and founder of Nojawanan-e-Khuga Khel heading the protesters gathered at main Torkham bazar and chanted slogans against the NLC officials who according to Khuga Khel tribesmen grabed their forefather land unlawfully.

Addressing to the protesters, Israr Ahmad Shinwari demanded high ups in government and security force to take strict notice against the NLC who taken their land illegally.

He said that demarcation of the land in Torkham should be carried out by the authorities to remove the worries and concerns of the Khuga Khel tribe.

He threaten, the khuga Khel tribe young generation would come forward to protect their rights and they would continue their demonstrations unless they receive justice. 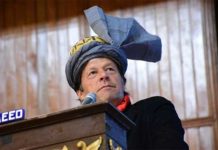 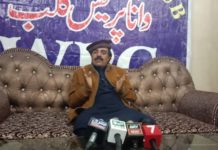 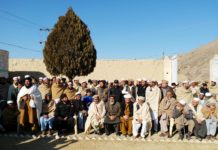 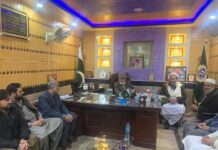