LANDIKOTAL: The local Pashto poet of Landikotal has complained that fata secretariat and the political administration officials were not supporting him financially to publish his book and once he compelled to sell his pet cow to pay the printing cost of his poetry book.

A Pashto language poet and literary person of Sheikhmal Khel village Bawar Shinwari during an interview told this scribe that the poets in Khyber Agency were financially weak and they were not able to print their poetry books.

Bawar Shinwari said that he had collected money from various persons of the society to publish his poetry book and the concern department and officials at the directorate of Fata secretariat in Peshawar were always ignoring them and don’t support them to publish their poetry and other write-ups of Pashto language.

Bawar Shinwari expressing grief told that many times he approached the elected candidates of the Khyber Agency but the representatives always disappointed him and did not provide financial support for publishing his new Pashto poetry book.

He said that I have hardly afforded the printing cost of my two poetry books ښکار کنډاو(Khkaar Kandao) “The Hunting Spot” and the other منظرونه(Manzaroona) “The Sceneries”.

It was a very strange and heart breaking moment for me to hear from the Pashto poet that he sold his only pet cow when there was an urgent need to pay the printing cost of one of his book.

“I had no other means and resources to pay the dues of the printing press except one of my pet cow at my home which I sold for Rs.40000 only”.Shinwari said with a smile on his face.

He said all poets including me were facing financial crisis and they had not money to publish their Pashto poetry and phrase books.

I asked him what kind of Pashto poetry he did, in response, he narrated one of his verse which he wrote urging and demanding peace from others in area.

O’People, I hoisted the flag of peace, you bring peace too

O’Spring come towards us with a greeting of love too

He said the former assistant political agent of Landiktoal Tayab Abdullah once provided him some financial assistance but the other officials at the Fata secretariat were always ignoring the difficulties of the literary persons of the area. 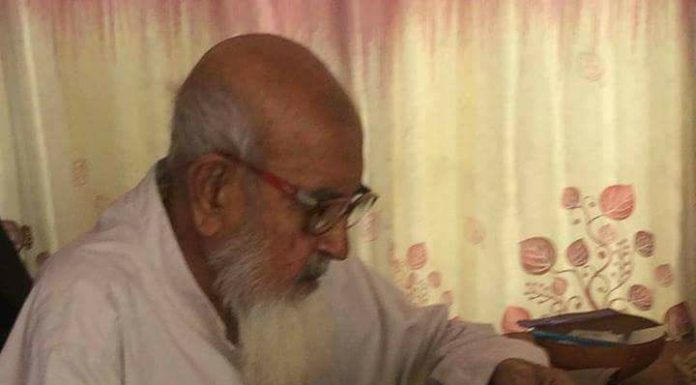 Union leaders reject postings of teachers from other KP districts