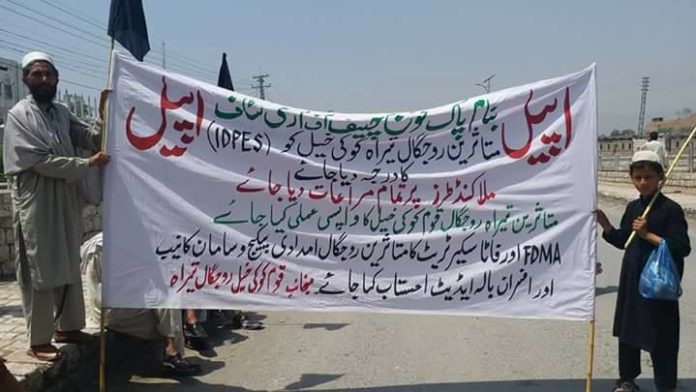 JAMRUD: IDPs from Rajgal area of Tirah Valley in Khyber Agency blocked the Pak-Afghan Highway for about two hours on Monday,They were demanding compensation from the government.

The protesters demanded, that the affected people of Rajgal valley should be given all facilities that were given to IDPs of Malakand agency. The protesters chanted slogans against FDMA.

MNA 45 Shah Jee Gul Afridi reached the site and held negotiations with the protesters after which they agreed to end the sit-in.
However, the protesters warned that they will permanently block the highway and also stage sit-in in Islamabad if their demands were not accepted. 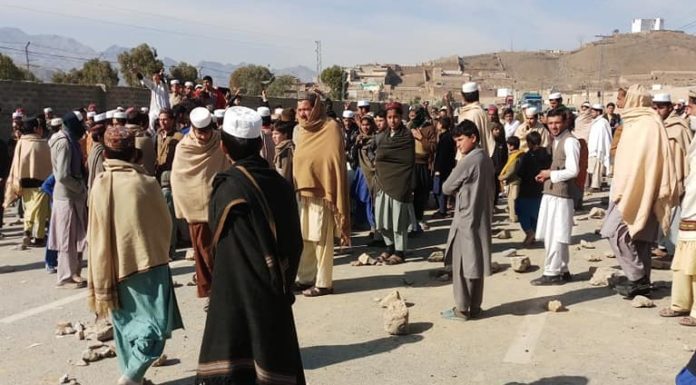