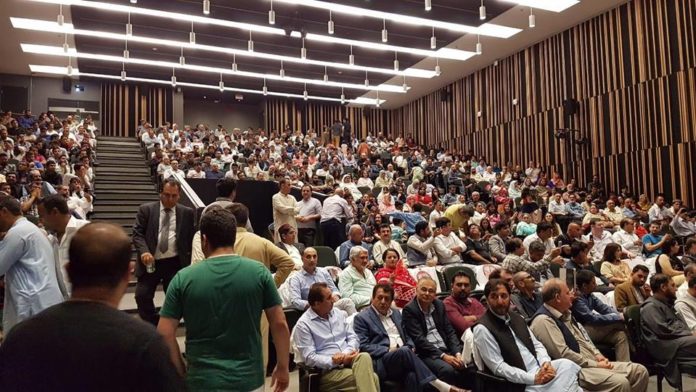 TORONTO: The Pashtun Council Canada organized a seminar at the University of Toronto Mississauga campus, Pashtuns from all walks of life and Pashtun intellectuals of diverse professional fields from different parts of Canada, the USA and Europe were invited.

The theme of the seminar was “Pashtun diaspora and their role in the 21st century.”
The seminar was attended by hundreds of Pashtun youth, elderly and families.
The intellectuals talked about the different issues faced by Pashtuns in their homeland, which included terrorism, racial profiling and discrimination, education, language, and betterment of life in general and what the Pashtun diaspora in different parts of the world could do for the Pashtun cause.

“Pashtun diaspora and their role in the 21st century.” seminar was addressed by The chairman of Pashtun Council Canada Mr, Professor Siraj khan, Johar Lawangeen, Dr. Muhammad Zuber Mesud, Shah Jee Bukhari, young Pashtun scientist Dr. Almas khan, Umer Zada, Zarrawar Mufakir, Dawood Jan Khyber News, Rahman Bunairee VOA, Sharif Babar and Dr. Kazim Hizbullah.
The seminar was followed by a concert for which “the king of hearts” Haroon Bacha was invited from the USA.
At the end of the seminar 5 resolution were passed which could be summarized as follows.
1. The PCC Jirga extends unconditional support to the demands of the Pashtun Tahaffaz Movement (PTM) and for that matter will strive towards networking all other individuals, organizations and associations around the world supporting the PTM. At the same time, the PPC will establish a liaison with the PTM leadership, so that political mobilization across the world is organized and systematized, and the political struggle is carried in a way that strengthens the position of the PTM on the ground in Pakistan – not damage its cause. This undertaking would also result in connecting Pashtun diaspora around the world and help channelize their energies and efforts towards achieving targeted and productive ends.

2. The PCC Jirga makes it crystal clear that it supports the minimum agenda of PTM, i.e., defining and re-defining the relationship between Pashtuns and the state on the touchstone of the social contract as reflected in the Constitution of Pakistan. Seeking the protection of the right to life with dignity, and the rights to enjoy the protection of the law and to be treated in accordance with the law, are the minimum demands of the PTM (at this stage), which the PCC Jirga unconditionally supports. Throughout the civilized world, all states worth their name owe fundamental duties towards their citizens corresponding to these minimum rights. In today’s world, hardly any justification is left for a modern and civilized state to exist legitimately if it fails to protect the life of its citizens with dignity and ensures them treatment according to, and protection of, the law and constitution.

3. The PCC Jirga undertakes to struggle against the state’s denial, and oppressive response, to the PTM’s demand for minimum rights under the constitutional framework of Pakistan. For that matter, it will organize and mobilize the Pashtun diaspora around the world. The PPC Jirga, amongst other things, demands (a) an immediate cession of hostilities towards, and crackdown against, the PTM leadership and its cadres and sympathizers; (b) demining of all Pashtun lands; (c) presentation before the regular courts of all Pashtun and non-Pashtun missing persons kept in internment centers and subjected to inhumane torture in clear violation of the law, and thus providing them with the right to be treated in accordance with the law; (d) reduction of military-run check posts in all Pashtun lands; (e) human treatment of the people on the reduced number of check posts; (f) bringing Rao Anwar to justice; (g) withdrawal of the military from Pashtun lands and handing over the areas to civilian administration; and (h) most importantly, abandonment of the idea of contracting out the security of tribal areas of private militias (known as ‘Amn Committees’ and ‘Good Taliban’), and targeting the PTM through these militias. In short, the PCC Jirga endorses the basic demand of the PTM: to be treated according to the law and constitution of the land.

4. The PCC Jirga also believes that the specific problems of Pashtuns are rooted in the state’s overall strategic and security paradigm, and those problems cannot be addressed unless there is a change in the state’s policy. Therefore, the PPC Jirga demands that Pakistan should bring a fundamental change in its strategic and security paradigm towards living in peace with itself and with its neighbours. This, it is expected, will automatically make redundant the continuing need of the state to treat Pashtun lands, especially FATA, as ‘strategic backyard’ of Pakistan, and will thus lead to peace, progress and security of Pashtuns and the whole region.

5. And lastly, the PCC also endorses the demand of the PTM for establishing a ‘Truth and Reconciliation Commission’ (TRC) as a vital step towards establishing lasting peace in Pashtun lands as well as for restoring the confidence and trust of the Pashtun people towards the state, which has eroded significantly over the last decade and a half. Pashtun people legitimately believe to have become the victims of power politics games played amongst the international players, including Pakistan. Pashtuns have paid the costs of those games with their blood – and very dearly! The first step towards establishing a TRC would be a sincere admission on part of the state that it was wrong in imposing these decades-old wars on Pashtuns; it has to provide a public forum to the victims of these wars to narrate their stories, to confront the perpetrators of atrocities against them; it has to sincerely take responsibility and admit its guilt with the object of never repeating all that it has done to Pashtun people. The Pashtun people are generous enough to forgive the perpetrators of crimes against them but only on the guarantee that it never happens. 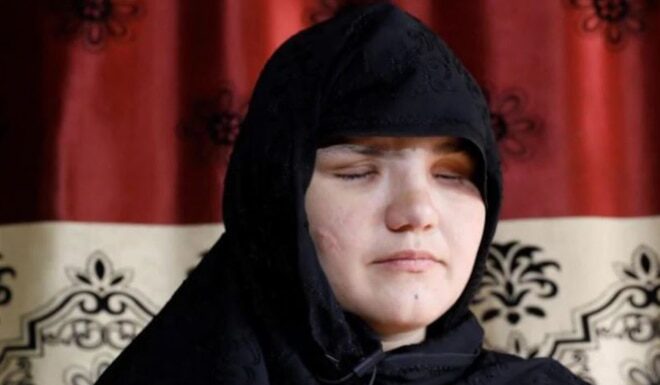