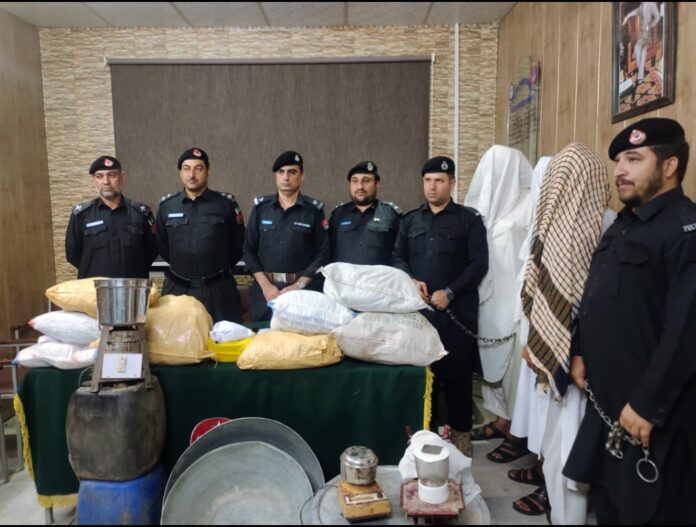 Superintendent of Police(SP) investigation Khyber Abdul Salam Khalid told reporters that police and NET had prior information about the drugs factories in Shakas area of Jamrud tehsil. He said a police party led by SHO Jamrud Akbar Afridi raided two compounds and recovered 82kg heroin,1.5kg Ice drug, 8.5kg opium,9kg hashish,10kg chemical, and 35 liters of acid being used in different kinds of drugs. He said three accused were also arrested and sent to Jamrud lock up for further investigation. He said equipment used in narcotics manufacturing and motorcycle were also taken into police custody.

“I appreciate today’s efforts by SHO and additional SHO Jamrud who successfully conducted raids and recovered a bulk of narcotics worth millions of rupees”, said SP investigation. He added that their efforts would be continued till they not clear district Khyber from all kinds of contrabands. He said no one would be spared involve in inhuman and anti-state activities.
It may be mentioned here that in the past one week Khyber police and NET have conducted a number of raids on Ice and heroin making factories and dens and recovered a good quantity of Ice, hashish, heroin, and liqueur. 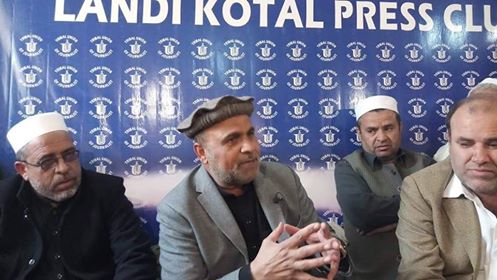