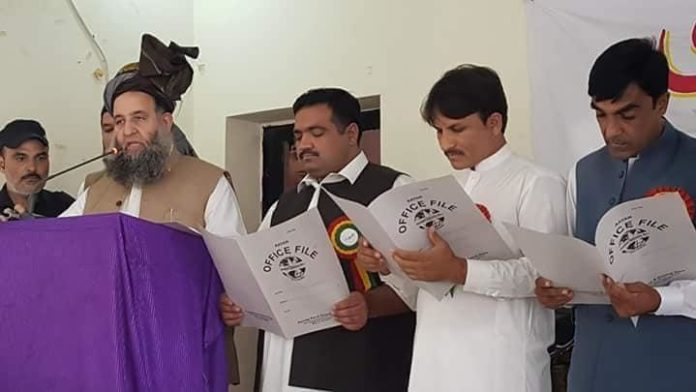 LANDIKOTAL: Doctor Noorul Haq Qadri, the federal Minister for religious affairs and interfaith, said that along with the security forces the tribal journalists have also played a vital role and rendered life sacrifices for peace restoration in Tribal districts.

Addressing during the oath-taking ceremony of Jamrud Press Club cabinet on Saturday Dr, Noorul Haq Qadri said sixteen journalists and a large number of tribal Khasadars and levies force personnel have sacrificed their lives in the war against militants.

The minister said journalists not only criticise but also provide a guideline to the government to fabricate future planning and policies.

“Terrorists want to kill journalists but Allah is with them who protects and support them for a noble cause”, said Mr, Qadri. He said journalists always at the hit list of militants to create chaos in the country.

The minister reminded Nasrullah Afridi, a senior tribal journalist, journalistic efforts for the sake of peace who was killed in a car bomb blast a few years ago. He said former Tribal Union of Journalists Khyber Agency chapter Mehboob Afridi, was also killed in a suicide attack in Khyber Agency.

“Peace is restored at the cost of the security forces, journalists, tribal Khasadars and Levies forces sacrifices”, said Qadri.

He said Fata merger process would take time as it was a tough task. He said PTI-led federal government would take intact tribal culture and traditions while converting from Frontier Crimes Regulation into the news set up. He said FCR has been replaced with Interim Governance Regulation(IGR) which would be used for limited time. He said as the merger process get completed IGR would be replaced with the law of the land.

Noorul Haq Qadri said they do not believe on hollow slogans and will not make false promises with the voters. He said after the hundred days plan Pakistani citizens would gradually observe reducing irregularities and corruption in the state departments.

He said it was not possible to revise the Fata merger plan but it would be completed with the consent and consultation of tribal people especially tribal elders. Qadri said he would be among the people and would help resolve problems on the basis of its importance.

Noorul Haq said in the coming two weeks Jamrud grid station would start functioning. He said 14 feeders of the Jamrud grid station would be equally distributed. The minister said they observed irregularities and lake of equipment’s in Jamrud hospital which would be addressed soon. The federal minister directed the hospital administration officials to take serious steps against corruption and freeze salaries of the ghost employees. 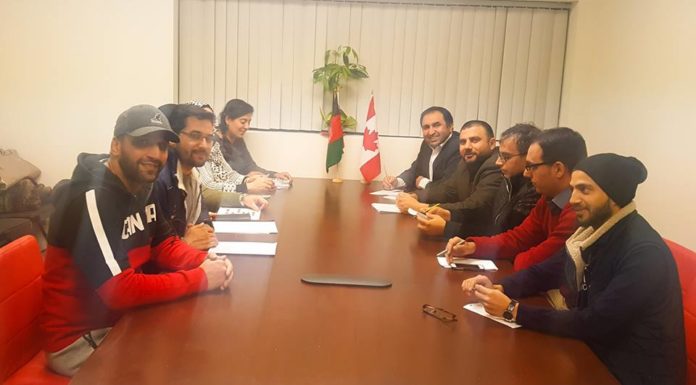