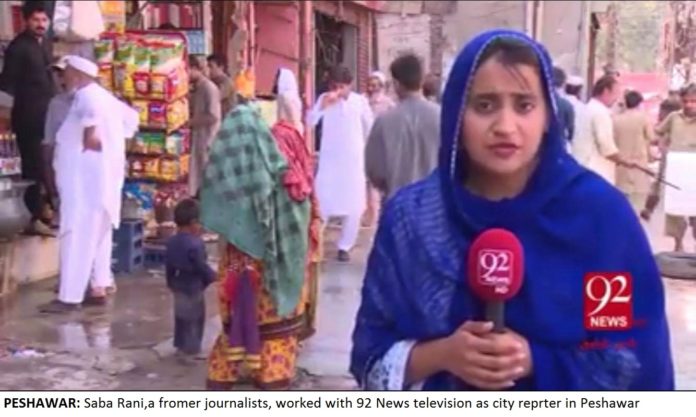 PESHAWAR: (PAKISTAN): Media houses have so far sacked more than two hundreds journalists in Khyber Pakhtunkhwa and tribal districts while dozens others compelled to change their professions due to cuts in media jobs and uncertain law and order situation in Pakistan.

Medua outlets have decreased salaries of senior anchor-persons and editors’ salaries in Pakistan in the past few months saying that the media offices they working for have no enough budgets to pay them their salaries.

Saba Rani, a young journalism graduate from University of Peshawar was an inspiring girl for other female who wanted to win her good name as journallist, says she disheartened and left her profession after working in media for five years.

In a recent interview with Radio Mashaal she said:  “I loved to work as working journalist but when I saw my colleagues one by one dismissed so I felt I could be the next and then I decided to leave this(Journalism) profession”,.

Rani adds that she worked with different media organizations for five years but left her job two months ago. Lives in Peshawar, Rani, now runs a honey business says it was her a big dream to be a journalist but maybe she would not remain in the profession due to some reasons.

“I was so depressed and my morale was totally downed when saw that hardworking journalists were deprived of their jobs”, Rani expresses.

Rani says the situation she was passing through forced her also to leave journalism field and not waste her time. She says it was a hard time after leaving journalism and to pick a business.She adds that after some time she decided to start Honey business at local market.

A renowned Pakistani journalist and television commentator Hamid Mir tells BBC-Urdu that he feels not safe in Pakistan. Hamid Mir, who was shot injured by unknown gunmen in Karachi a few years ago and received six bullets, says he receives threating messages to stop him from his work he is doing for the wellbeing of Pakistani citizens.

“I receive threatening messages continuously in the past one years to put me in pressure”, says Hamid Mir.

To a question by BBC, Hamid Mir says the commission constituted to investigate the attack on him but it did not thing yet and he was given hope only. He says with the passage of time pressure on him not been decreased to let him to do his job honestly.

Mir says his family and close friends advised him it would be a good decision for him to leave the country because he could again be attacked and it would be called a terrorism incident.

He says working journalists, civil society and all big political parties supported him. He says even provincial assembly was about to pass a resolution in his support. He further adds that some media persons leveled allegations on him but they failed to prove it.

“I feel no shame to say that now a days Pakistani media is not free as a state of unannounced censorship is imposed in the country”, Mir claims.

Mir says after he was injured in the attack it put negative effects on his profession. Adds that his media organization was also under pressure so it was hard to support him. He says when someone’s rights are being violated how it possible that a media house or a person talk on human rights violations.

Mir says Pakistani media is now between cross-fire as none of the state or none state actors involved in Journalists’ murders were arrested so far. He says independent journalists (Free Lancers) are not allowed to go freely in the tribal areas.

“For the first time in Pakistan’s history journalists face such hard time created by media organizations and the government”, Khattak accused. He says those sacked journalists had worked hard and earned billions of rupees for the media houses owners during the two-decades-long militancy in Pakistan.

Fida laments that in the past six months media organizations fall in financial crises that brought a huge cut in the journalists’ employment. He says they have staged protests at various levels in Pakistan not only for the safety of their jobs but also for their life protection.

Saba Rani says she would come again to the journalism field but first she wants to earn to support herself. Rani says when she properly establishes her honey business and income starts from it would start as a freelancer in media again.

Martial Tourneur, Reporter Without Border (RSF) head of the assistance and local partnerships based in France, says Pakistan is one the dangerous country for journalists. He says around 60 journalists and media workers have been killed in connection with their work in Pakistan since 2010. The figure of the erstwhile FATA journalists among those who lost their lives in the line of duty was 18.

“In the last few months three journalists including Sohail Khan were gunned down in Pakistan”, says Martial. He adds that ranked 138th out of 180 countries in RSF’s 2018 World Press Freedom Index, Pakistan continues to be one of the world’s most dangerous countries for the press.

Journalists are being threatened not only by terrorists and extremists but political parties workers and drugs dealers also killed and harass media workers in Pakistan.

Senior journalist and anchor person Nadeem Malik says when he conducted Ishaq Dar interview after that threatening messages start coming to him. He tells this in his current affairs show on Hum television. For detailed video please click this link.  https://www.youtube.com/watch?v=9L2opLrhCtc.

Last year, five journalists including Radio Mashaal reporter Farhad Shinwari,Khyber News reporter Khalil Afridi along with three other journalists and an office boy of Landikotal press club were picked up by the Pakistani security forces and severely tortured them. The journalists were in custody for a few days but after countrywide protests by journalists they were released.

This shows that journalists across Pakistan are under great pressure from various stakeholders who want news editors, working journalists, anchor persons and even cameramen of most of the media houses not to show moving pictures of misconducts,illegalities,not talk on their corruption, social evils and become their mouthpiece.

Despite all these hurdles and challenges,journalists in Pakistan particularly in Khyber Pakhtunkhwa are honestly performing their duties to to serve humanity and earn livelihood for their families in such a deadliest country for media workers. 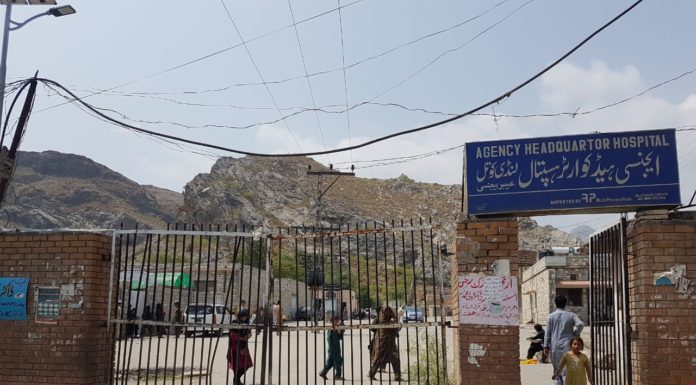