LANDIKOTAL: After waiting for one month, 37 loaded trucks were permitted and entered Afghanistan via Torkham border, officials said on Friday.

Deputy Suprintendent of Police (DSP) Swalzar Khan Afridi said they on the directives of government they allowed 37 trucks stranded in various parts of Khyber district for the last one month. He said only trucks carrying transit goods were allowed to cross the border. He said the Pakistani trucks were unloaded at the Afghan custom house established at the Afghanistan’s side of Torkham border and retuned to Pakistan.

Assistant commissioner of Landikotal Muhammad Imran said he had called a meeting of all line departments to cope with the situation.He said if any one enter into Pakistan via Torkham border they would be stand by to provide them foods and other necessary items. He said for patienta medical facilities would also be available at the border where doctors and health staff is deployed on emergency basis.

“Pakistani authorities are in negotiating with Afghan counter parts to make a mechanism for those Pakistani citizens and trucks stranded in Afghanistan since the border was closed after lock down on the both sides of the border.”, Assistant Commissioner Muhammd Imran informed.

He said hopefully by Monday they could reach to a decisiom with Afghan border authorities to help return Pakistani nationals. He said quarantine centres were being established for all returnees where they would be quarantined for 14 days.

Imran said they were doing their hectic efforts to ensure best possible services by all the Line Departments in the three quarantine centres in Landikotal.

He said they gave separet and special tasks to Medical Suprintendent of DHQ hospital, TESCO,PBH,TMA,PDMA,Police in Landikotal to meet the challennging situation prevailed after Coronavirus spread. 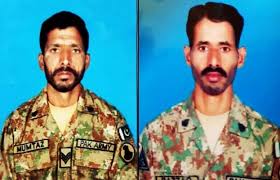