The protesters were holding placards, black flags and banners chanting slogans against NLC. They marched from Bacha Khan Chowk in Landikotal bazaar and gathered at bypass road. To record their protest they blocked the road with stones and burning tyres due to which all kind of traffics suspended for an hour.

Addressing on the occasion, the speakers accused that NLC had grabbed their private property by force from Khugakhel tribe. They said that NLC must follow the agreement signed with Khugakhel tribe in 2015.

The speakers alleged that NLC crew members humiliating daily wagers and passengers at Torkham border. They alleged that NLC officials were not legally authorized to bother passengers on the name of checking of travel documents. They said they were abusing their legal authority which would lead to unrest in the region.

They strongly condemned the incident of beating up a poor laborer with wooden sticks at Torkham border by NLC crewmen.

The protesters said that they were all loyal citizens of Pakistan and as the other Pakistani citizens they should also be given the same rights and respect.

They regretted that all concerned authorities were not taking interest to solve the issue apart from holding several protests regarding the issue. They would be compelled again if their demands were not accepted.

They demanded from the Prime minister, the army chief, the governor Khyber Pakhtunkhwa and all concerned authorities to pay attention to the matter and take legal action against Torkham NLC head, Colonel Iftikhar.

After the intervention of local administration officials Assistant commissioner of Landikotal, Mohammad Imran, tehsildars Landikotal, Asmatullah Wazir and passport tehsildar of Torkham, Shakeel Barki the protesters were convinced to discuss the issue with concerned high-ups in next 72 hours. They end their protest and dispersed peacefully. 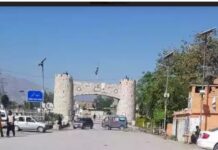 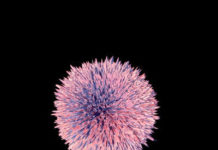 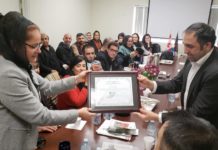 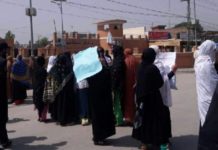