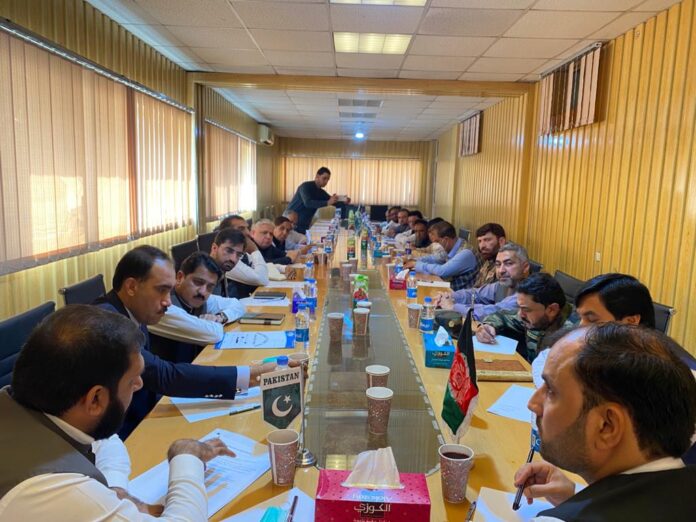 By Ashrafuddin Pirzada
LANDIKOTAL: Pakistan’s custom and traders unions office bearers met with Afghan customs and border police officials at the Afghanistan side of the Torkham border and discussed various trade and transportation-related issues, officials said on Wednesday.

Sarhad Chamber of commerce and industry former president Zialul Haq Sarhadi told FataVoice that on the invitation of Afghan officials they held a meeting with Afghan customs and chambers of commerce officials inside Afghanistan. He said the aim of the meetings with Afghan officials and traders was to strengthen business ties and increase import and export to and from Afghanistan and Central Asian countries. He said hopefully the Pakistani goods export to Afghanistan would gradually increase again that had severely dropped in the past years.

The afghani side was headed by Ningrahar customs head Nasrullah Sahibzada while he was joined by Roohullah Nazeri, Haji Zalmy and Rahim? Rahimi.

Sarhadi said that they discussed various trade and transportation-related issues being faced by transporters and traders from Afghanistan and Pakistan.

He said Afghan counterparts agreed with them to permit the 15,00 empty trucks and containers stranded for the last several months at the Afghan sided of the border. He said the Afghan border police head agreed that they will allow every empty container from 6 pm to 12 pm every night to facilitate them to return to Pakistan without any delay.

Ziaul Haq said they told the Afghan officials that each container stranded in Afghanistan had to pay 150 dollars per day as detention charges to the concerned transportation company which was a huge loss for transporters.

He said both sides also discussed various other relevant issues to bring ease and expand trade and transportation with each other across the border.

Sarhadi said Afghan border officials took them to the parking lots on the Afghan soil along the border side where around two thousand loaded and empty trucks were waiting for their turn to proceed toward their destinations. He said they heard the drivers and other transporters’ problems. He said Afghan custom and border officials assured them that they would address their genuine problems. 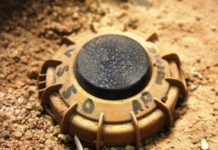 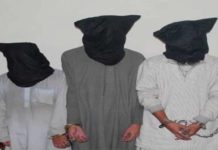