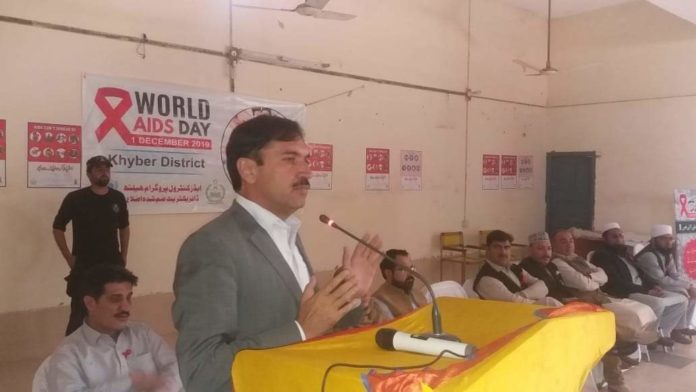 LANDIKOTAL: Aids control program on Wednesday arranged an awareness session at government commerce college in Jamrud where speakers urged participants to conduct their blood test to stop spreading HIV that kill a number of people in Pakistan every year.

The session was attended by a score of school and college students,elders,media persons and officials of Khyber district administration.

Speaking on the occasion, KP Aids program incharge doctor Durkhany Wali Khan said that not only sexual relation but used injection,barbers,untested blood infusion were also communicate HIV virus from one to another body. She said poor awareness system and cultural taboos were the main causes that help fastly increasing HIV in the tribal areas.

Durkhany said HIV treatment now could be treated by taking a singal pill a day.She said every HIV patient should not hasitate to diagnose and get proper treatment.
“Not only for our selves but for the coming generations we should live our life with greate care and committed with life partner”,Durkhany said.

She said a large number aids positive persons in ex-Fats did not know about the lethal HIV they carry in their bodies. She said they would also conduct awareness sessions in ten selected places in erstwhile Fata.

Another Aids program official Nadir said in initial five to eight years HIV Aids symptoms not appear on the human body. He said it was a must to test blood once at least every year.

Nadir said in intial six months labortary tests not detact HIV virus.He added every one should test every year.He said they have registered 738 HIV patients in erstwhile Fata districts.

He said 130 persons with HIV postive in district Khyber,Mohmand 62,Orakzy district 34,Kurram district 148,North Waziristan 190,South Waziristan 113 and district Bajaur 61 have been so far taking proper treatment from their health centre in Peshawar.

He said to serve humanity every health worker,officials and media should join hands and protect the youth.He said
HIV was a silent killer destroy body organs after 8 years.

DC Mahmood Aslam Wazir said care and use of safe blood can protect from AIDs. He said dozens of people including women and children die of HIV Aids but they did not diagnose prior to get proper treatment.

He urged health offiiials,elders,media to play their important role to stop aids and save life.
Mehmood said parents with HIV also infect their child with and it could continusly destroy generations.He said a large number of people have died of HIVs just they were not awared of the lethal Aids virus they carry.

The official said they were going to launch crack down against fake doctors and labortaries that spread HIV in Khyber district. He asked participants to test their blood and save life 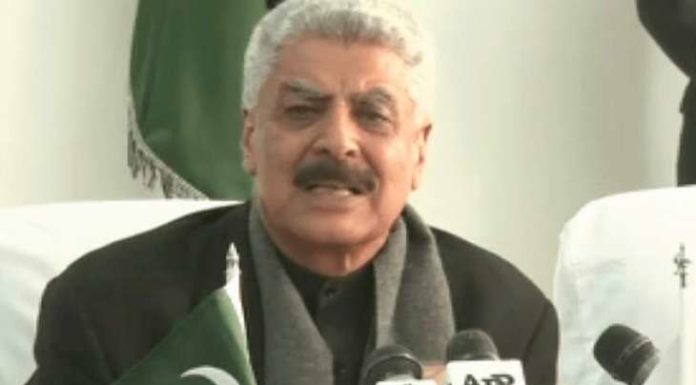