By Ashrafuddin Pirzada
LANDIKOTAL: Inaugurating millions of ruppees developmental projects in Khyber district the federal minister for religious affairs and interfaith harmony doctor Noorul Haq Qadri on Sunday said that his party is committed to bring reforms and root out all kinds of corruption in Pakistan.

The minister was speaking to a public gathering after he formally anaugurated different developmental projects worth rupees 77.160 million and 59.659 million in Mulagori area of Jamrud tehsil in district Khyber.

Doctor Noorul Haq Qadri said that after the completion of the projects the area would have easy access to market places and standard of life.

He said that due to the voters and supporters from his constituency he became federal minister and he would not forget their loyalty with him.

He said that not only in his current tenure but in his last one also he did a record developmental projects in his constituency.

Federal minister said his party beleives in strong instititions and democratic values. He added that those nations who rendered sacrifices in various shaps now emerged like stars in the world in every field of life.

He said that when Imran Khan became prime minister he had no other options to over come from the difficult times. He said Imran Khan had to impose taxes on Pakistanis or take loans.

The minister said that gradually Pakistanis would receive reward of the hard phase of life they were passing through. 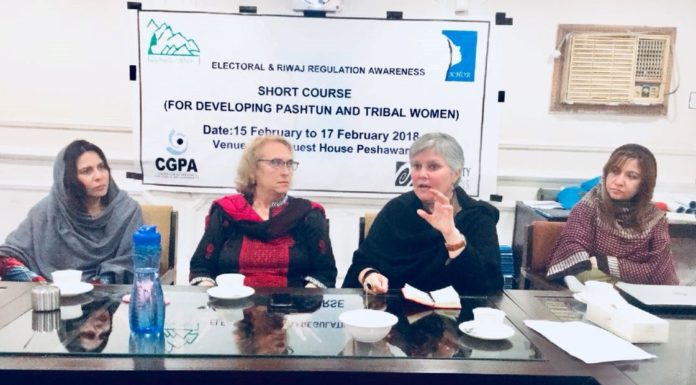