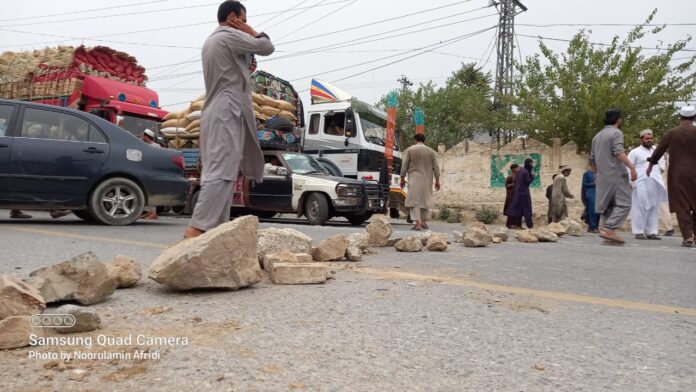 DISTRICT KHYBER: Residents on Tuesday evening blocked the Pak-Afghan highway at Charwasgay Chowk in Landikotal to record their protest against the hurdles created by border authorities to import sacrificial animals from Afghanistan.

The protesters, led by Jamat Islami Landikotal Ameer Murad Hussain Afridi and Muqtadar Shah Afridi, put heavy stones on the road and suspended all kinds of movement. Long queues of loaded and empty trucks, passenger vehicles and taxi cabs were seen stranded on both sides of the road.

They chanted slogans against doctor Ikram and doctor Sakhawat of the federal ministry and quarantine department.

Speaking on the occasion Jamat-e-Islami leader Murad Hussain Afridi said that they recently met with the Afghan foreign and trade minister in Kabul who allowed to export of sacrificial animals from Afghanistan to Pakistan. He said Torkham customs officials were also responsible for their poor interest in the sheep import from Afghanistan.

Murad Hussain said quarantine officials told them that Pakistan customs officials did not formally send any letter to them to start the sheep quarantine process as they were bound officially to wait for it.

Meanwhile, members of the provincial assembly Shafiq Sher Afridi met with border officials to resolve the issue but to no avail.

The protesters threatened to keep the road closed until Pakistani authorities did not allow sacrificial animals to enter Pakistan without any hurdle. 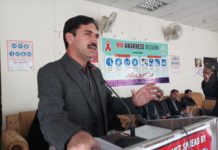 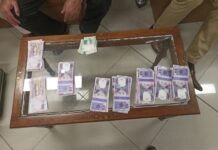