LANDIKOTAL: Jamiat Ulema e Islam F leaders, volunteers and a large number of locals organized a protest demo on Friday at the main Landikotal bazaar and condemned the attack of India on Pakistan.

Led by Mufti Muhammad Ijaz Shinwari, the general secretary of JUI-F tribal regions, the leaders and volunteers of JUI-F were gathered at Bacha Khan square where senior leaders spoke to the participants and denounced India and Modi sarkar.

The speakers criticized Modi, the prime minister of India for his wrong and war-favoring policies. they said that the Pakistani nation was on one platform and there were no differences among them against India and Modi sarkar.

The leaders during their speech vowed that they would fight alongside the Pakistan army in this critical situation against Modi sarkar.

The protesters were holding Pakistan national flags and chanting full throat slogans in favor and support of the Pakistan army. 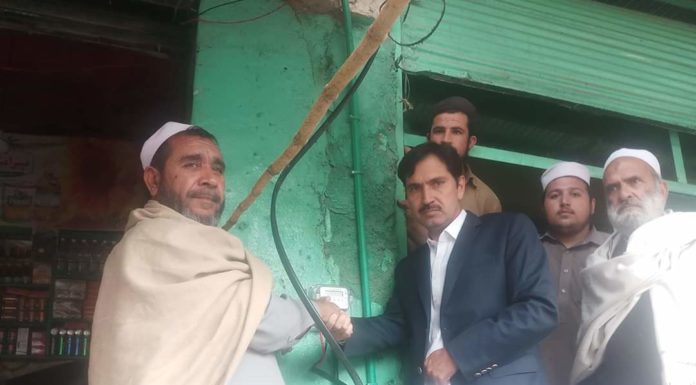