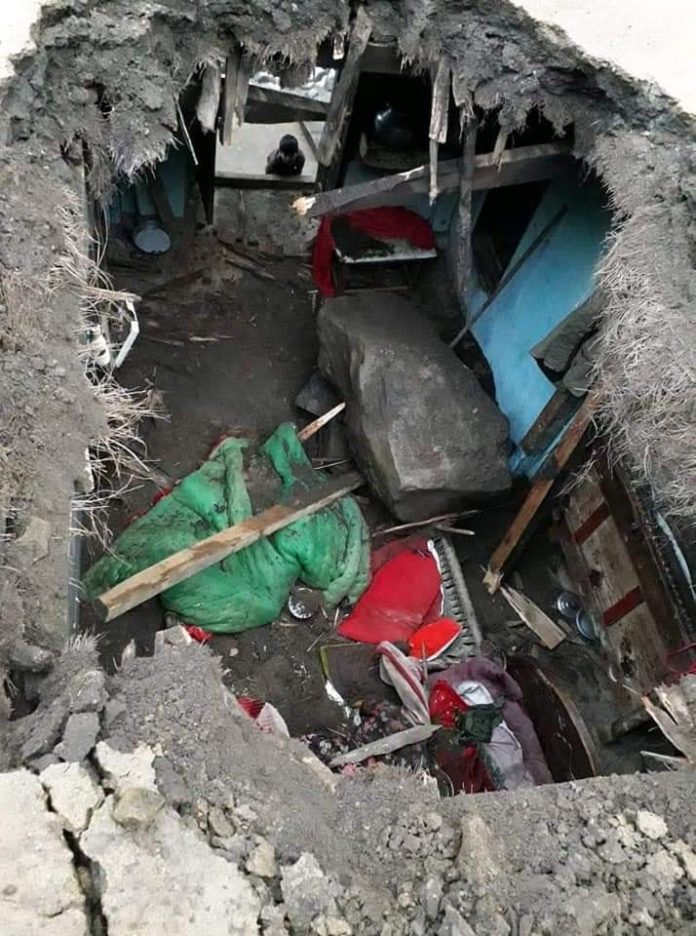 LANDIKOTAL: Four people were killed and five others injured in rain-related incidents as rain lashed the Khyber district on Thursday.

In Bacha Mina at the Torkham border, two minor girls, Habsha and Kalsoom were killed while two women were wounded when the roof of Rahmatullah’s house collapsed, local people and officials said.

Soon after the incident local people reached the site and retrieve the bodies from the debris, the sources said. The incident took place at about around 11:00 am.

An administration official who visited the area told The News that the mud house was badly affected by the current spell of rain.

In another incident, two security forces personnel were killed and three others received injuries as the roof of a room in a check post caved in  due to a downpour in Tirah valley in Khyber district, the source said

The injured persons were rushed to hospitals in Peshawar for medico-legal formalities.

The name of the victims could not be ascertained till filing this report.