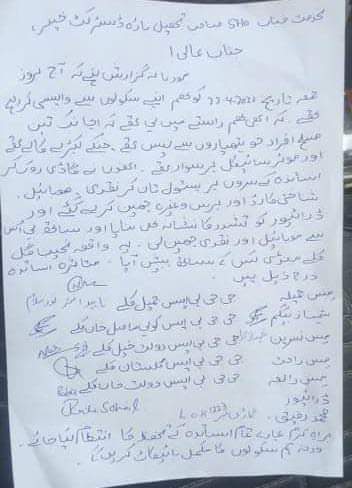 PAKISTAN: Three masked motorcyclists, with automatic weapons in their hands, looted five female teachers of the government schools and a driver in Bara tehsil of the Khyber tribal district on Friday, official sources said on Saturday.

The female teachers said that they were on their way home in a coach after performing duty in state-run schools when three motorcyclists chased and stopped their vehicle at Sipah area gunpoint, the far-flung area of district Khyber hit by decade long militancy where schools were reopened after several years when peace was restored after military operations conducted along with the border areas by Pakistan Army.

They said robbers snatched mobile phones, jewelry and cash from the teachers and driver, and then managed to escape. They told police that the gunmen severely trashed and several times punched the driver of their vehicle.

Soon after the incident, the police reached the place, cordoned off the area and launched a search but no arrest was made till the filing of this report. Reports said that First Information Report(FIR) has been registered against unknown gunmen.

Meanwhile, the All Fata Teachers Association(ATA) held a grand meeting in Bara which was chaired by ATA Fata president Naseer Shah Afridi.
Senior Officer Association(SOA) was led by Sher Zaman Afridi. They condemned the incident that happened with the female teachers and demanded forthwith action against the culprits.

Director of education Khyber Pakhtunkhwa Hameedullah later met the ATA leaders and assured the ATA and SOA leaders to take the issue with high ups. He told Naseer Shah and his team that government would provide police personnel to escort the teachers’ van in Bara tehsil when they travel to perform their duty.

The official said police would also establish police check posts at various locations to guard the roads in Bara. He added that police mobile teams would also start patrolling during duty hours. The official pledged was that they would compensate the teachers who were deprived of their valuables.

Talking to this scribe ATA president Naseer Shah Afridi said that police have launched search operations in the locality and arrested at least 20 suspects. He said they were in contact with the education department officials to provide foolproof security to the education staff. He said if serious steps were not taken in two days they would give the call for protest across the province.

District Police Officer (DPO) Imran Khan was contacted to take his version but he was not available.

It may be added here that lawlessness and target killing incidents increasing day by day in district Khyber. A number of residents, police and Intelligence Bureau(IB) officer have been killed in the past few days in district Khyber while car snatching and phone calls for Ransome were also reported. 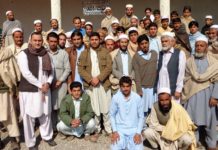 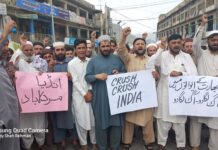 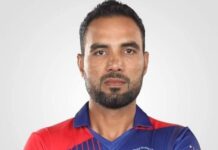