The sources said the local administration has launched a crackdown against stray dogs in the main bazaar of Landikotal. He said, in the first phase of the drive, they shot killed 40 stray dogs using pellet guns.

One of the eyewitnesses, who requested anonymity told Fata Voice that the bodies of dogs remained undisposed for whole the day in different streets of the bazaar. He said the authority should use poison rather to use pellet guns and the bodies of dead dogs and their filth must be disposed on time.

” I think, the crackdown was unfair and based on injustice against animals as they did not use any specific procedure. They killed all dogs indiscriminately, including pregnant and lactated mothers”, he regretted.

It is noteworthy that stray dogs had bitten four children in Landikotal bazaar some two days before. Dozens of stray dogs has made sanctuaries in certain streets of Landikotal bazaar that was an obvious threat to customers who daily visit to the bazaar. After repeated complaints by local people the political administration started the drive to make the bazaar clean and free from stray dogs. 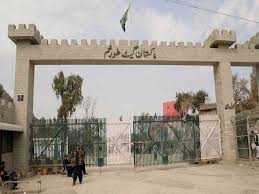