PESHAWAR: Aiming to motivate, aware and educate the leader women  of tribal regions about the social structure of Fata, governance system and the proposed reforms to prepare them for future challenges, a short course with the theme ‘Electoral and Riwaj Regulation Awareness’ was organized by Khwendo Himmat-O-Ranra(KHOR) in Peshawar from 15th February to 17th February 2018.

Ms Bushra Gohar, the vice president of Awami National Party (ANP) and Dr. Anita Weiss, the Professor at University of Oregon-US were invited as special guests and speakers for motivational talks to the participants of this significant course for Fata women.

The speakers delivered their valuable speeches and information about how to deal with the social challenges faced by the leader tribal women during the three days course.

The three days course was also aimed to educate and prepare the participants how to deal with the technical issues after the Supreme Court and Peshawar high court jurisdiction is extended to Fata regions.

Ms. Mona Naseer Aurang Zeb, who is the founding member of KHOR and has degree in Human Right from London University, delivered a detailed speech on human rights and women rights.

Dr. Anoosh Wisal Khan, the chairperson of gender studies at the university of Peshawar, Ph-D from Americal university of Washington DC, shared her valuable lectures and informations about the gender theories.

She is also the member of provincial commission on the statues of women in Khyber Pakhtunkhwa regions.

During the three days workshop, Dr. Ayub Jan, the assistant professor of political science at University of Peshawar and PhD from University of York-UK discussed and presented the administrative and governance structures of Fata regions before the participants.

Advocate Mohsin, graduate of law and president of national youth organization presented the legal and judicial structure and arrangement of Fata regions.

Mr. Said Afzal Shinwari, graduate of political science delivered his lecture on the proposed reforms by the government and its implications for tribal women. 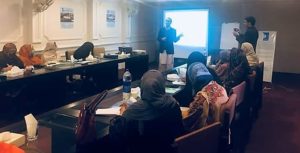 The speaker who is also belonging Landikotal, a tribal region and subdivision of Khyber Agency bordering Afghanistan and has a diploma in governance and leadership from Michigan University-US shared a detailed talks with the participants about the proposed Fata reforms in the Pakistani tribal belt.

Dr. Sami Raza, having doctorate degree in political science and teaching at the department of political science in University of Peshawr and the editor of Human Rights Review discussed and presented his speech about the extension of Peshwar high court to fata regions and women legal rights.

On the third day of the course, Dr. Shahida Aman, an assistant professor of political science at University of Peshawar presented her speech about the electoral structures and tribal women.

Later, the certificates were distributed among the participants and organizers of the workshop.

The participant of the three days workshop applauded the representatives and founders of KHOR, which organized the training session for tribal Pakhtuns women to educate them for their political, social and economic rights.

The participants termed the course as backbone and base for tribal women leaders which would play a vital role to produce more women leaders in Fata regions in future. 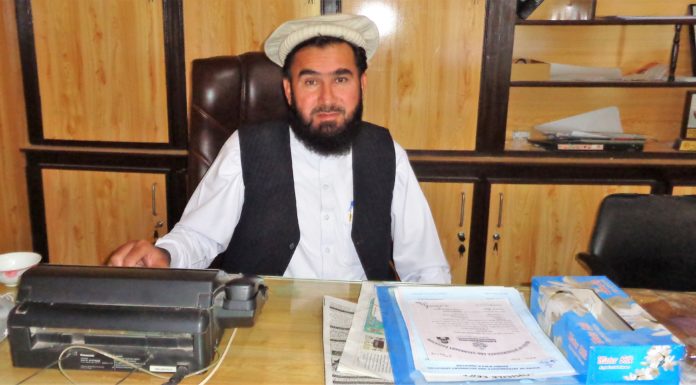