WANA: Tehreek-e-Taliban Pakistan(TTP) have issued a warning pamphlet in Waziristan that they consider their first obligation to kill journalists and would not tolerate policing in tribal areas of Pakistan.

The pamphlet,FATA VOICE received, clearly warned to avoid the possible PM Imran Khan public gathering in Wana on April 24. It said that killing of journalists and their family members including their kids could be at TTP target. The pamphlet threatened that TTP would not rolerate policing in tribal areas.The TTP reminded polio workers that they were also in their target list.

The pamphlets were allegedly distributed in Rustam bazaar of Wana area,says  that they would not let police to work in Waziristan.TTP warned local residents that those recruited in police would not be spared.

A local journalist,who wished not to be named, said that they feel fear after they heard about the new development. He said residents also in a state of fear and anxiety that once again they would be in hard time if clashes between TTP and the security forces start in their area.

The pamphlet mentioned that local elders,Maliks and officials of the political administration that they should avoid their meetings with police.It warns police that they warned SSP Tahir Dawar several times but he dis not fulfilled,ads that after that they picked up Tahir from Islamabad. 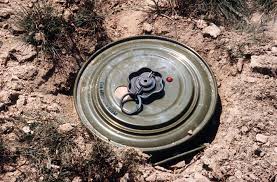