LANDIKOTAL: A score of local residents and civil society members protested against 48-hour long power cuts in the different area of Landikotal tehsil in Khyber district.

Akhtar Ali Shinwari, a social worker and dozens of locals at Landikotal bazar hold a march and protest demonstration against the hour’s long power outage and unfair lines cutting in the surrounding areas of Landikotal.

Talking on the occasion, Akhtar Ali shinwari said that some staff members of Landikotal grid station were involved in collecting illegal money from the locals then they supply electricity.

The speakers and protesters also criticized the line men of the grid sation that they were illegally and unfairly disconnecting some power supply lines at various villages of Landikotal which was injustice with them.

The speakers demanded the governor of Khyber Pakhtunkhwa to immediately transfer the staff at Landikotal gridstation and appoint punctual and honest staff at the station.

The protesters where holding banners and placards inscribed with words in favor of their demands and shouted full throat slogans against the grid station staff. 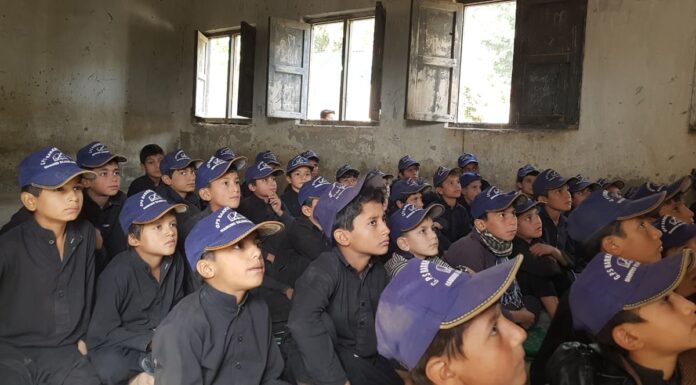 Restoration of MMA in tribal areas is vital for victory in...