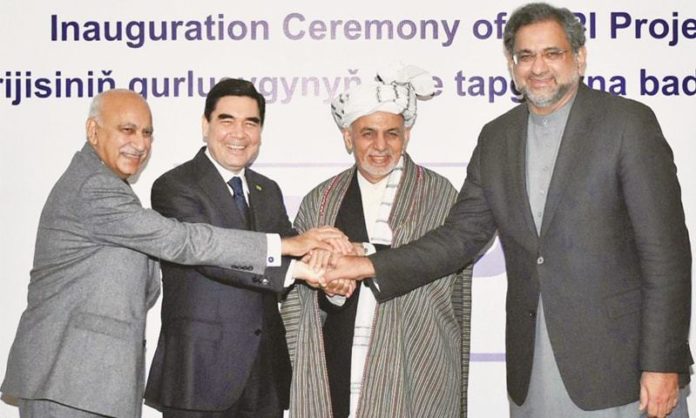 LANDIKOTAL: The Prime minister of Pakistan, Shahid Khaqan Abbasi has arrived at the Maulana Jalaluddin Balkhi complex on Friday where he will participate at the opening ceremony of TAPI (Turkmenistan–Afghanistan–Pakistan–India), a mega pipeline project.

Shahid Khaqan Abbasi was received by the president of Afghanistan, Dr. Ashraf Ghani in Hirat.

The prime minister during the opening ceremony of the TAPI gas pipeline project in Turkaministan has said that the project would bring prosperity and development to the region.

Shahid Khaqan Abbasi said the project was vital to overcoming the energy crisis in Pakistan as well as Afghanistan.

According to the Radio of Pakistan report the PM also said that Gawadar port would efficient to provide a sea linkage for the whole regions in central Asia.

The PM said that the TAPI project would cause best trade relations between the member countries.

He said that Pakistan was stable and there are peace and security for investors. 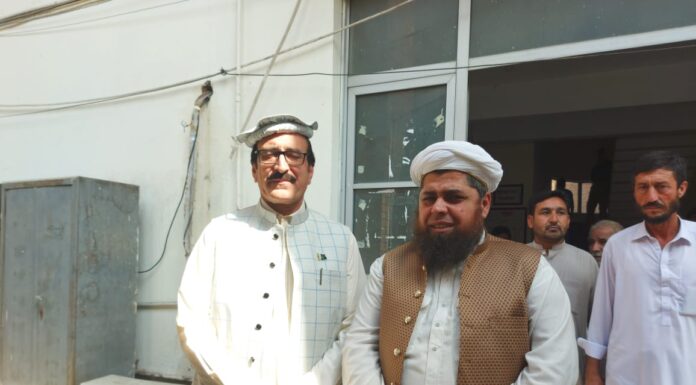