The interior minister asked about border fencing, law and order and talked with the officials deployed at Torkham border. He showed satisfaction over the overall security measures taken on the border with Afghanistan.
Sheikh Rasheed was accompanied by Pakistan Tehreek-e-Insaaf leader Ameer Khan Afridi.
Col, Rizwan briefed him about the import and export and the ongoing process of the Torkham custom terminal.

Talking on the occasion, the interior minister said that they were gradually bringing change in the border management so that they could adopt international standards. He said Torkham border was playing the role of backbone in Pakistan’s economy. He said through Torkham border Pakistani exporters could reach central Asian states to enhance trade with the rest of the world.

He said soon they would open four different components offices to make the passengers and loaded containers process easy to cross from and to Afghanistan without any hurdle.

The minister asked the Afghan government to take steps at the Afghan side of the Torkham border to bring ease for transporters and trucks. He said under the vision of prime minister Imran Khan they were bringing a world standard system for import and export so that traders could be benefited and increase export volume.

He said the modern system being installed at Torkham border crossing would take less time in containers and
passengers clearance.

Security was beefed up on the border during the interior minister’s visit while traffic was suspended a few hours.
Later, Sheikh Rasheed Ahmad went back to Khyber Rifles camp in Landikotal. 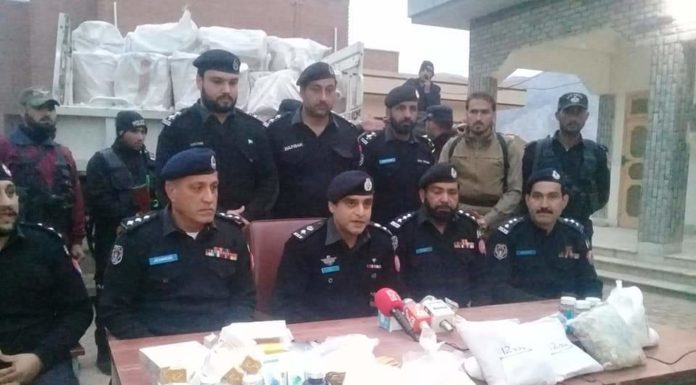