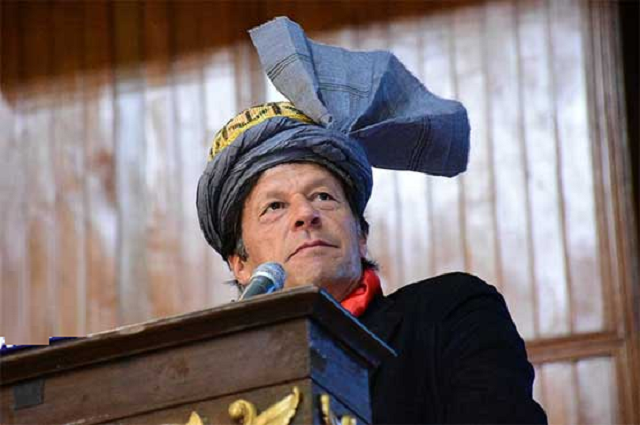 WEB DESK
PESHAWAR: Prime Minister Imran Khan has said the development of tribal districts is the foremost priority of the government, the provinces to contribute to the uplift of the merged tribal areas.

Prime Minister Imran Khan urged the provinces to contribute to the uplift of the merged tribal areas and ensure the prosperity of the locals.
He was chairing a meeting on the reconstruction and development of EX Federally Administered Tribal Areas under the funds provided by the federal government.
He said the people of these areas rendered immense sacrifices for the country. He said we highly regard these sacrifices.
The meeting was informed that a budget of about 130 billion rupees has been earmarked this fiscal year for the merged districts. It was informed that the federation is fully abiding by the promises made with the people of erstwhile FATA for the development of their areas.
The meeting was attended by Chief Minister Khyber Pakhtunkhwa Mahmood Khan, Planning Minister Asad Umar, Finance Minister Shaukat Tareen, Finance Minister KPK Taimur Saleem Jhagra, Special Assistant Dr. Shahbaz Gill, Special Assistant Dr. Waqar Masood, the finance secretary, and other senior officials.

FIA raids  house of the president of the Peshawar Currency Association