TORKHAM: All Custom clearance agents of Torkham on Monday boycotted the clearance of import-export goods at Pak Afghan border Torkham against the unavailability of facilities and weboc(web based one-custom), an online system for the clearance of import and export trade goods implemented by PRAL(Pakistan Revenue Automation Pvt Ltd).

Talking to this scribe, the president of all custom clearance agents association of Torkham, Hayat Ullah Shinwari said that the clearance agents agreed to accept the weboc system but due to the lack of fast internet and electricity they were facing difficulties.

He said to carry out online clearance of import and export trade goods, it needs fast internet which was not available at Torkham.

He demanded the authorities to ensure and provide basic facilities of fast internet and electricity which were essential for Webcom system at Torkham border.

Political naib Tehsildar Torkha, Tehseenullah told this scribe that the political administration officials were in contact with the custom department officials about the matter.

He said that custom agents at Torkham were ready to accept the authorities’ decision of webboc system but the authorities should organize IT training for our office workers so that they could perform online process easily.

He said without the fast facility of internet and 24 hours electricity, the implementation of Weboc system was not possible at the Pak-Afghan border Torkham.

When this scribe met the officials of PRAL for their official statement about the customs agents issue, Rizwanullah, the facilitation officer of Custom-PRAL responded with an explanation that Weboc system was aimed to facilitate the process of import and export of goods throughout Pakistan.

He said the concerned department has set up 10 computers in Torkham and was planning to more improve the system to facilitate the custom clearance agents.

The official said that this system was very fruitful and speedy for the clearance of import and export trade goods. 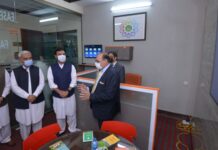 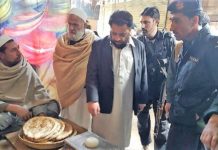 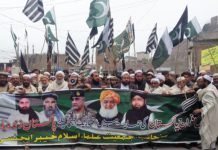 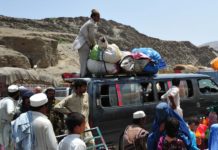 50 families of NW returns from Afghanistan