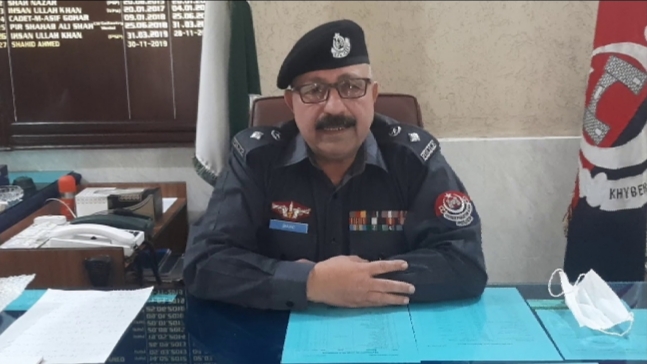 Ikramuddin
HANGU: DPO Shahid Ahmad Khan is one of the honest and dutiful police officers of Khyber Pakhtunkhwa Who have always taken important steps to eradicate crimes and other incidents.

Hangu District Police Officer Shahid Ahmad Khan is one of the honest and dutiful police officers of Khyber Pakhtunkhwa who is always striving to serve the dear country.
Shahid always played an important role in eradicating crime, that’s why Shahid Ahmad Khan is one of the leading police officers in Khyber Pakhtunkhwa.
Shahid is a source of pride for the police department and the people. his performance is commendable and appreciable.
After DPO Shahid Ahmad Khan deployment, The situation is satisfactory in district Hangu.
On the instructions of DPO Shahid Ahmad Khan, Hangu Police has cleared the criminals from Hangu district and Hangu police action against other criminals is continuing and will continue. Hangu people pay tribute to DPO Shahid Ahmad Khan and Hangu police for taking legal action against criminals.
DPO Shahid has always taken steps to eradicate crime, the people will always remember such brave police officers who are proud of the country and the nation who gave their lives to the protection of the country and the people and always against hostile elements.
DPO Shahid is one of the Khyber Pakhtunkhwa police officers who have always defeated the enemy elements.
while talking with the International Global Times Media Europe and Fata Voice News Agency DPO Shahid said that the police are for the service and protection of the people but it is also very important for the people to support the police. For the elimination of criminals, it is also very important for people to support the police. It is impossible to eradicate crimes without the full support of people. 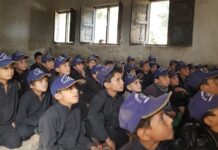 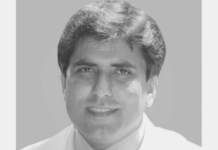 Another doctor dies from coronavirus in Peshawar Pakistan 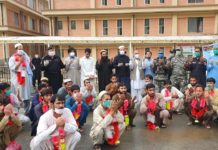 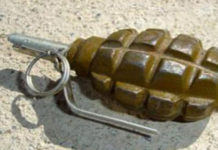 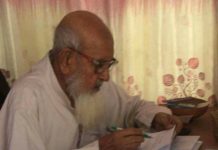 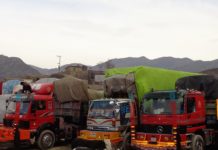 Hundreds of loaded trucks trapped at Torkham after the clearance agents... 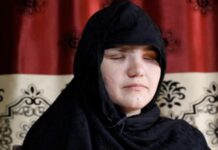 Afghan woman shot and stabbed in eyes after she got a...

Another doctor dies from coronavirus in Peshawar Pakistan