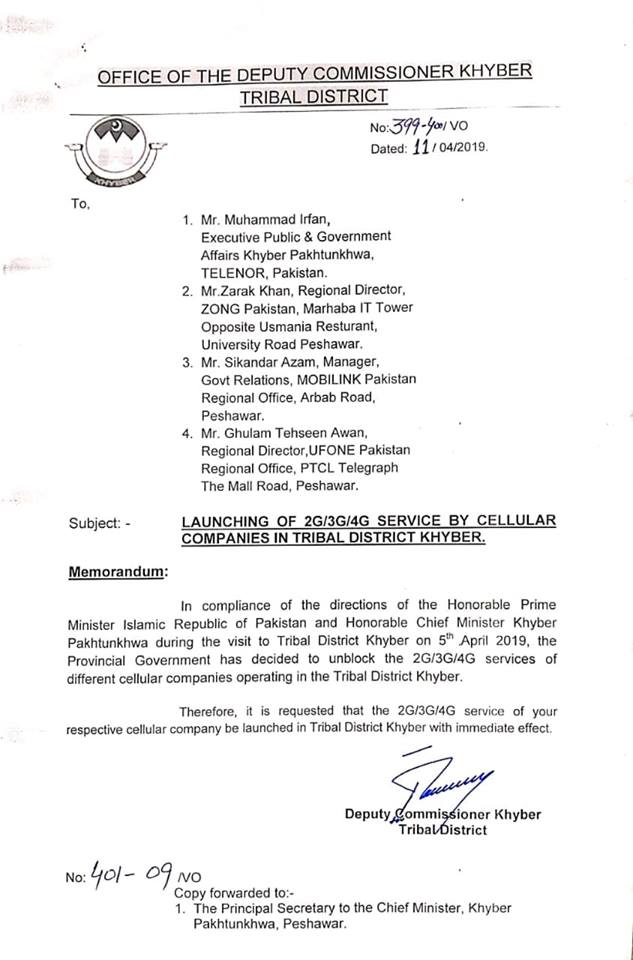 LANDIKOTAL: The deputy commissioner of district Khyber has issued to the mobile companies operating in district Khyber to restore the 3 G and 4 G internet service in the light of the Prime minister announcement on 5th April.

According to details the DC of Khyber Mehmood Aslam Wazir has dispatched a letter to the cellular companies to restore mobile internet in the Khyber districts comprising Landikotal, Jamrud and Bara subdivisions.

The civil society members, locals of the district Khyber and the tribesmen working in the foreign countries have applauded the authorities and the prime minister of Pakisan ‘Imran Khan’ for restoring the mobile internet facilities 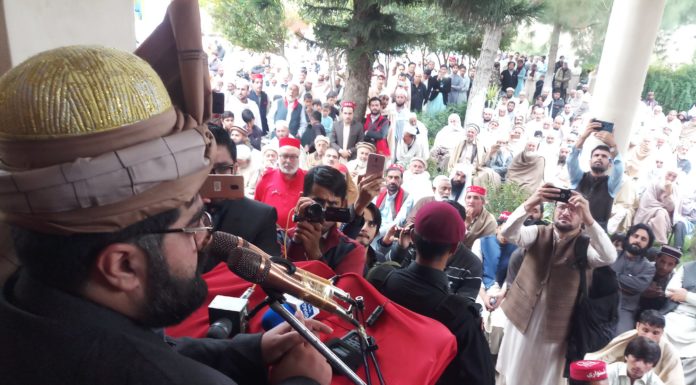 One dead, 4 injured of a family in car accident in...