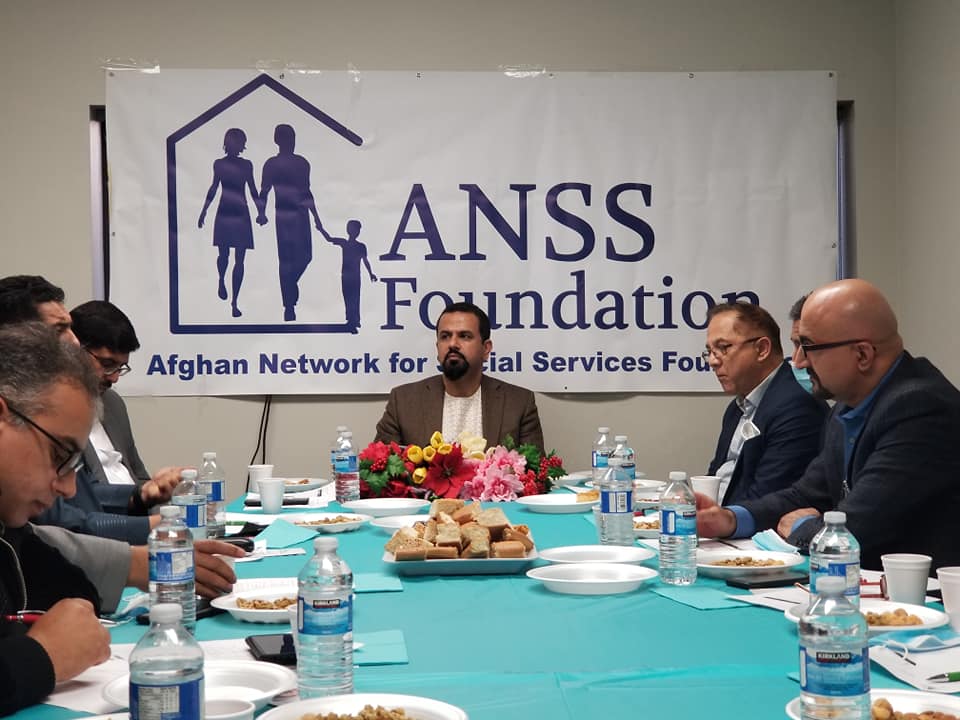 TORONTO: Mohammad Nasim Sharifi, Consulate General of the Islamic Republic of Afghanistan in Canada visited Afghan Network for Social Services (ANSS) at Scarborough, had meetings with the Afghanistan Business Council (CABC) and Afghanistan Canada Business Federation at the ANSS office in Scarborough Toronto.

The meeting started with the recitation of the Holy Quran.
The meeting was presided over by ANSS Chairman Ehsanullah Sadaqat and attended by Chief Executive of ANNS Zarawar Mufakir, President of Canada afghan business council Mr.Aziz Amiri, Mr.Shapoor Ahmadi President of Afghan Canada business Federation from Toronto, President of Nazo products group of company Abdul Nasser, Mr.Alakozai, Mr, Mahbobi, Mr.Bahm, Mr, Khadem, Mr. Shafiqu, Mr, Manzoor Ahmad, Mr, Emal Ehsan, Muhammad Shafiq Tasmim, Fazal Amin Shinwari and ANSS respected board members.
While Welcoming the Excellency Mr.Mohammad Nasim Sharifi, Consulate General of the Islamic Republic of Afghanistan, the Chairman of ANSS Ehsanullah Sadaqat, had a brief introduction of ANSS and its role as a Nonprofit organization providing social service.
Aziz Amri, President of CABC welcomed the guests and informed the issues and problems faced by the Afghan business community in Canada by export-import to Afghanistan to Canada, like Afghanistan Fresh Fruits and Dry Fruits, etc. President of Nazo products group of company Abdul Nasser said Canada is the most profitable and main market for Afghanistan products. but no significant steps were taken during the past decades for Afghan products introduced in Canada.
Shapoor Ahmadi President of A CF from Toronto briefed the General Consul about the role and functions of Afghan businessmen in the promotion of trade in Canada.

While speaking with the ANNS board and Afghan business community Mohammad Nasim Sharifi, Consulate General of the Islamic Republic of Afghanistan said, that the Afghanistan consulate of Toronto will host a business event, Made in Afghanistan, expo 2021 in Toronto Canada, in which businessmen and government officials from Afghanistan and Canada will participate to promote business and trade between Afghanistan and Canada.
He further said that the event could help Afghanistan capture the North American market.
He said that special business-to-business (B2B) meetings will also be arranged at the sidelines of the exhibition in order to form relations with potential North American importers.
Mr.Sharif added that The business expo will be a great opportunity for Afghan and Canadian businessmen for future relations and networking.

General Consul Mohammed Nasim Sharifi thanked ANSS for the arrangement of such a fruitful meeting.
he also appreciates ANSS’s efforts for the Afghan community. 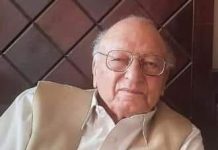 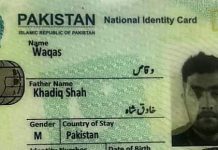