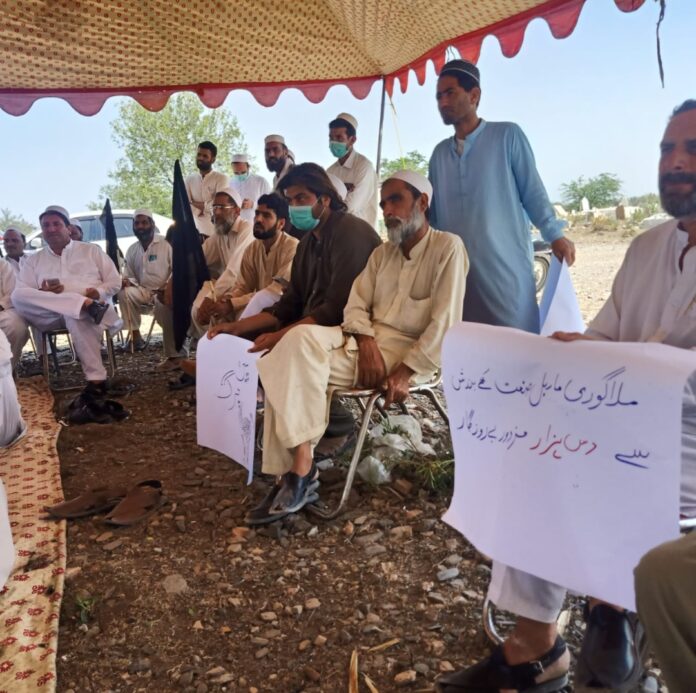 LANDIKOTAL: Mulagori residents on Friday staged a protest demonstration against the closure of marble factories and chanted slogans against the Khyber Pakhtunkhwa assembly deputy speaker Mehmood Jan and district authorities.

The protesters, led by Qaumi Etihad president Sajjad Khan, have also established a sit-in camp at Marble Chowk where a number of people were holding black flags in their hands.

Speaking on the occasion Malik Abdul Manan, Sabz Ali, and Abul Hassan said that 270 marble factories had been operational in the Mulagori area for the last several decades. They alleged that district authorities on the directives of provincial assembly deputy speaker Mehmood Jan sealed 104 marble factories in Mulagori.

The residents said thousands of locals attached directly and indirectly to the marble factories have lost their jobs and small businesses.

They said Pakistan’s Tehreek-e-Insaf-led government had made tall claims to give jobs and promote businesses but after coming into power they now snatching jobs from citizens.

The Mulagori residents and factory owners accused the deputy speaker that he was behind the illegal closure of the factories so that he could meet his own vested interests.

Sabz Ali said PTI central leaders including Imran Khan and religious affairs minister doctor Noorulhaq Qadri should take notice of the illegal involvement of a PTI leader in the scheme that could earn a bad name for the party. He also demanded an inquiry against the district Khyber authorities and deputy speaker of the Khyber Pakhtunkhwa assembly that on which grounds they closed down the marble factories that had been running for the last several decades.

He said the marble factories generate millions of rupees in revenue every year by means of different taxes and created thousands of jobs for skilled and unskilled labourers.

They threatened to continue their protesting sit-in until their factories were not reopened.

This scribe contacted DC Mansoor Arshad of district Khyber he said a case has also been run in the High court Peshawar against the Mulagori marble factories’ waste that severely suffered people’s health down in Peshawar. He said at the request of Mehmood Jan Chief Minister Khyber Pakhtunkhwa Mehmood Khan issued them directives to seal all those factories that had not installed recycling plants for wastes and contaminated water. He said they had issued several written notices to install waste recycling plants but they did not take it seriously.
Mansoor said the crackdown would continue till the last factory without a filtration and recycling plant not installed.

Earlier, authorities sealed 104 marble factories in the Mulagori area and asked them to keep themselves away from the sealed factories. 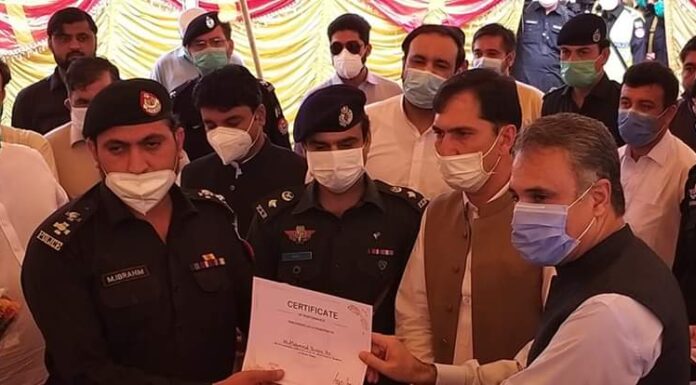