LANDIKOTAL: Vegetable sellers on Saturday threatened to stage a protest demonstration and will stop vegetable supply if their temporarily established shops were not opened at vegetable bazaar known as Rangarr street in Landikotal bazaar.

He added that AC sent his staff and police and demolished their dozens of vegetable huts and destroyed vegetables. He said official with their inhuman act pushed hundreds of poor families into poverty.

The vegetable traders union president threatened to stage a protest demonstration today (Sunday) if the assistant commissioner did not let them resume their businesses.

Meanwhile,  Jamiat Ulema-e-Islam merged district deputy chief Mufti Muhammad Ejaz Shinwari in a message uploaded on social media said that officials should restrain from such acts to deprive poors from their earnings. He said if Rangarr street vegetable huts were not reopned he and party workers would join the vetegable sellers union protest. 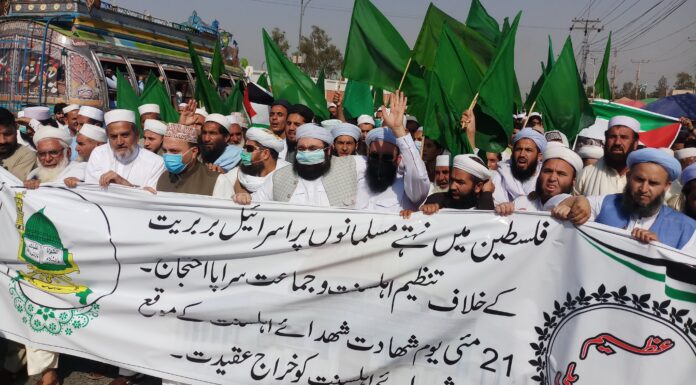