LANDIKOTAL: The analysts, senior journalists and expert of Afghan-Taliban affairs have exposed that the recent talks between Afghan Taliban and United States of America’s representatives in Doha Qatar was a landmark and a big achievement which gives an impression that the world super power now want a peaceful solution of Afghan war.

Tahir Khan, senior journalist and expert on Afghan affairs talking Fata voice said that the recent first round of talks between Afghan Taliban and US officials was launched in Qatar. He said that soon after the Qatar negotiations, the US appointed Zalmy Khalil Zad as their representative for Afghanistan.

The analyst added that appointing Khalil Zad was meant that US government now considerate for talks with Afghan Taliban and want to put an end to the 17 years long war in Afghanistan.

He said that Taliban has already nominated Mullah Abdul Ghani Beradar as their Qatar office representative which also shows that Taliban too giving importance to negotiations now.

The expert of Afghan affairs revealed that Mullah Abdul Ghani Beradar was a key figure and a close friend of Mullah Omar and he was also among the founders of Afghan Taliban.

He termed the recent end of talks in Qatar as a very positive and big achievement to end the years long war in Afghanistan.

Sudher Ahmad Afridi, Senior tribal journalists and columnist said that He fears civil war in Afghanistan if USA withdrew troops from Afghanistan without any framework and the talks of Taliban with the Afghanistan’s government.

He said that Daesh, an operating militant group in Afghanistan was also a big threat to the security of Afghanistan and regional areas.

He suggested that Afghan government should be prepared for all these challenges to avoid unpleasant incidents and civil war which was happened after the withdrawal of Russian troops from Afghanistan.

Thousands Afghan of various Jihadi groups, common people including Afghan Taliban fighters died during the civil war because the Afghan government those days could not control the security and political situation in Afghanistan.

Meanwhile a couple of days before, the Afghan Taliban spokesperson, Zabiullah Mujahid has sent message to AFP، telling that after talks with the USA officials in Qatar, the Taliban has understood that Trump regime was serious to withdraw troops from Afghanistan.

The spokesman said in the statement they want to establish an Islamic system in Afghanistan after holding negotiations with all the political sides and taking them into confidence.

The Taliban spokesman further said in the message that Taliban doesn’t want to take control of Afghanistan and if the democratic government doesn’t not come in the way then there will be no need of war there.

The Taliban repsentative said that next round of talks with the US officials would launch in Doha from February, 25 this month. 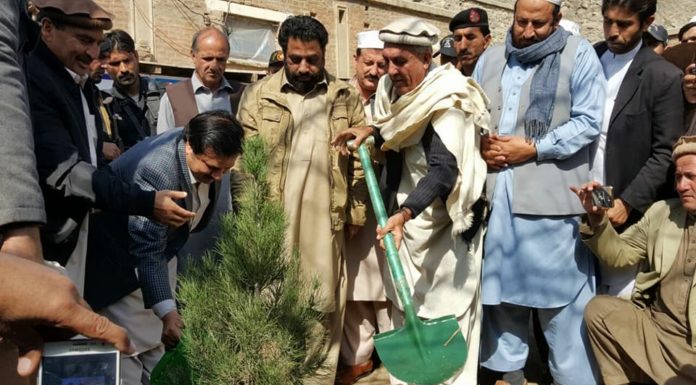