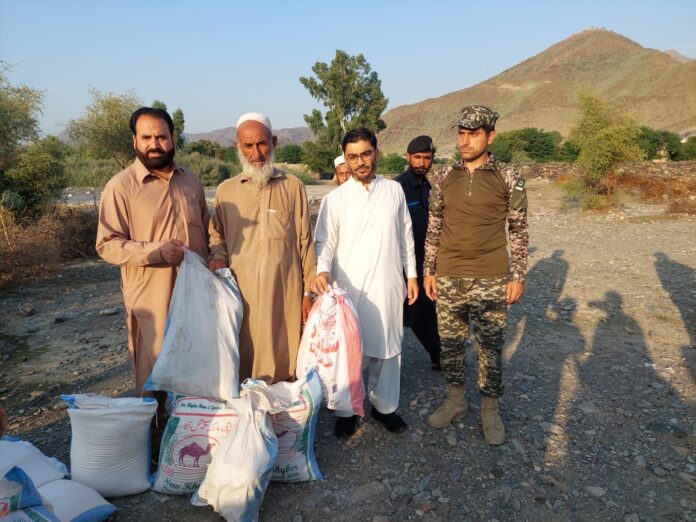 LANDIKOTAL: District administration on Tuesday distributed foods and non-food items among the families affected by the recent spell of heavy downpour and flash floods in far-flung Loey Shalman areas in Landikotal.

Assistant commissioner Landikotal Irshad Ali Mohmand told The News that on the directives of the deputy commissioner they went to different areas of Loey Shalman Sheen Pokh, the border villages and checked the flood damages. He said initially they provided food and non-food items including Atta, sugar, tea, cooking oil, tents and other house goods to 75 flood-affected families. He said they would soon provide financial assistance to those suffering from the natural disaster. Tehsildar Landikotal Dawood Khan Afridi said they were collecting and estimating the flood damages and the rehabilitation process would soon be started. It may be mentioned here that the village Samsay, Sheen Pokh and other adjacent villages in Loey Shalman are located near the river Kabul which hit most of the villages and also killed dozens of pets including cows, goats, hens and sheep. It also learned that torrential rain and flood also destroyed the standing crops in Loey Shalman. 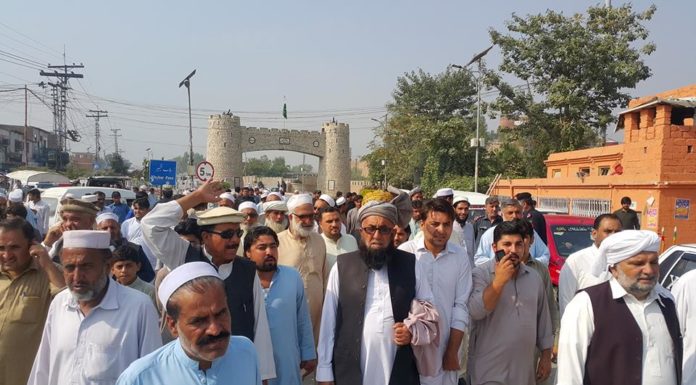