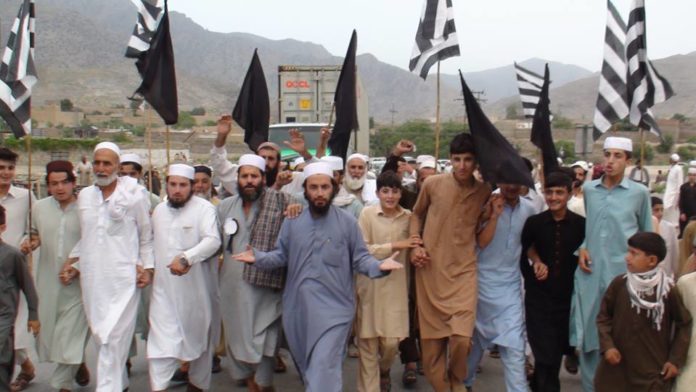 The protest demonstration was organized by Jamiat Ulema Islam with collaboration of tribal residents. They were holding black and party flags a.d chanted slogans against Fata merger.
They marched on the Pak-Afghan road in Takkia area of Landikotal Sultankhel and had briefly blocked the road for general traffic.
Speaking on the occasion JUI-F Landikotal leader Qari Saeed,Jahangir Afridi and Muhammad Ayaz said that hidden powers foreign agenda on the people of Fata. They said
They alleged that none of the tribal resident was not taken on board and create a political vacuum.
Qari Saeed said those who merger Fata should gave alternate system while replacing centuries old tribal system.He said the newly introduced system was not acceptable to tribal people.

He said that police and Putwari system was not acceptable to them as they had a strong cultural bond and an organized life.
They said the decision taken without the consent of ten million tribal people.
They said that JUI-F Chief Maulana Fazlur Rehman had called a grand jirga on June 25 in Peshawar,adding that Fazlur Rehman would announce his strategy to start countrywide agitation against the Fata merger. 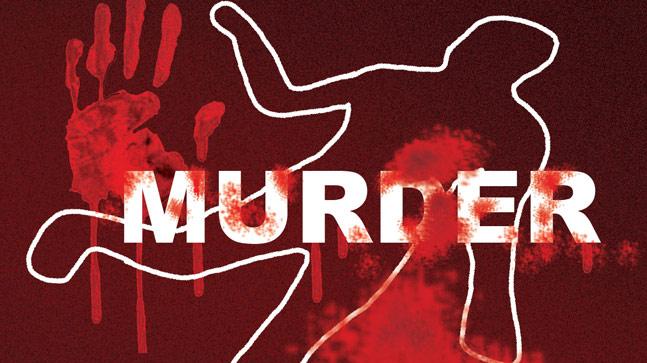