By Ashrafuddin Pirzada
LANDIKOTAL: Students unions on Wednesday organized a protest demonstration outside Landikotal press club and demanded the restoration of cellular internet service in the merged tribal districts.

A large number of students from Landikotal post graduate college, Islamia College University and Peshawar University marched in Landikotal bazaar and chanted slogans against the suspension of cellular internet service in the merged tribal districts. They were holding banners inscribed with slogans of rejecting online classes and restoration of internet facility in the erstwhile Fata areas.

Speaking on the occasion, Peshawar University Khyber students union president Abudarda Shinwari said that until and less internet is not restored in the merged districts they reject online classes. He said it was against human rights to deny anyone to access to the basic facility. Vice president of Khyber students union Haris Shinwari said government had suspended cellular internet service in June 216 in tribal districts. He said everyone under the universal declaration of human rights and 19 act of constitution of Pakistan had right to express. He said due to unavailability of cellular internet facility future of thousands of tribal students was at risk as they have no access to take online classes in the merged districts.

The students’ union leaders said that their studies severely had sffered in the past fifteen years long militancy and now they had been deprived to have access to internet service which was against the constitution of Pakistan. They demanded of the government to resume cellular internet service as peace was restored in the erstwhile Fata areas.

Transporters staged protest: Truckers blocked Peshawar-Torkham highway at Sultankhel for some to record their protest against strict rules imposed on them to cross the Torkham borer. They said dozens of their trucks damaged in the traffic accidents in Afghanistan as they were not allowed cross while untrained driver in Afghanistan supposed to drive who damage their trucks. They also demanded of the government to take quick steps and help bring their hundreds of trucks stranded in Afghanistan for several months. 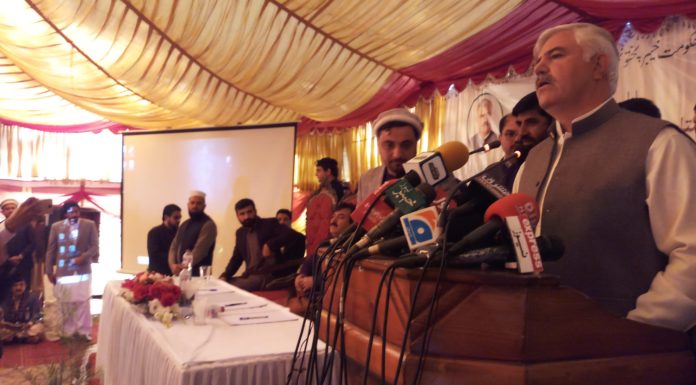