LANDIKOTAL: The political administration official along with Khasadar force personnel on Sunday seized a huge quantity of narcotics at bypass road and arrested the drug trafficker.

Political Tehsildar of Landikotal, Shamsul Islam told mediamen that on a tip off, he constituted a group of Khasadar forces personnel and stopped a truck bearing registration no: 3208 which was coming from Torkham.

According to the official 47 kilograms Hashish and 25 Kilogram opium were recovered from the hidden cavities of the truck which later shifted to Landikotal tehsil.

The official said, the smuggler has sent to Landikotal lock up for further interrogation.

It is to mention here that in recent past, the political administrative official ‘Shamsul Islam’ have successfully  taken actions after receiving secret information about the drug smuggling from Afghanistan and have arrested the drug traffickers and huge quantity of Hashish, opium, heroin and ice. 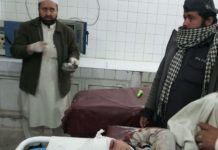 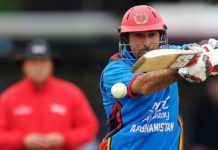 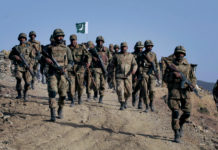 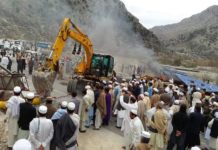