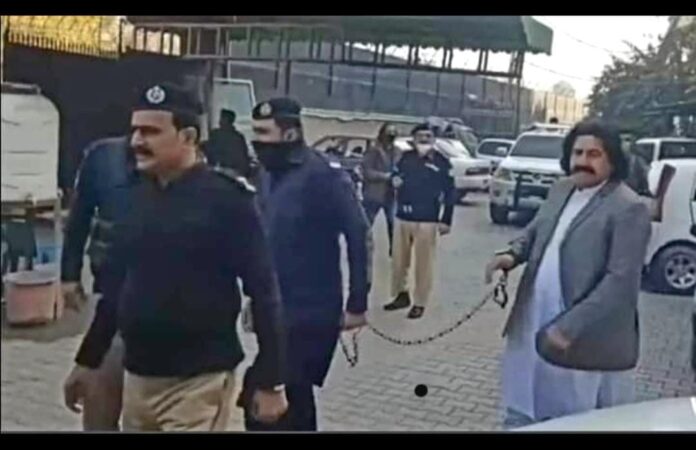 By Correspondent
KARACHI: An Anti- Terrorism Court in Karachi on Saturday granted 10-day physical remand of a Member of the National Assembly (MNA) and the central leader of the Pashtun Tahaffuz Movement (PTM) Ali Wazir and three others for “anti-state speech”.

Pashtun rights activist, Member of the National Assembly (MNA) and the central leader of Pashtun Tahaffuz Movement (PTM) Ali Wazir was reportedly arrested from Peshawar in connection with the case on the request of the Sindh police and was flown to Karachi on Friday. Sindh Police claimed to have booked and detained PTM leaders, including Ali Wazir, Noor Tareen, Sher Ayub Hussain and Basirullah, for allegedly using defamatory, provocative and undesirable language against state institutions and the Pakistan Army during a rally in Sohrab Goth on December 9.
On Saturday, the investigating officer produced the detained PTM lawmaker and others before the administrative judge of the anti-terrorism court to seek their physical remand for interrogation and investigation.

The judge remanded them in police custody till December 30 with directions to the IO to produce them on the next date along with an investigation report.
“Party founder Manzoor Pashteen tweeted on Friday that the government needs to respect the PTM’s right to free speech and assembly, and it should stop the arbitrary arrests of PTM activists.”
The Pashtun Tahaffuz Movement(PTM) has protested his arrest in parts of Pakhtunkhwa, Balochistan, Islam Abad, Sindh and Afghanistan.
The PTM has announced the next rally on December 27 in the tribal district of Khyber. 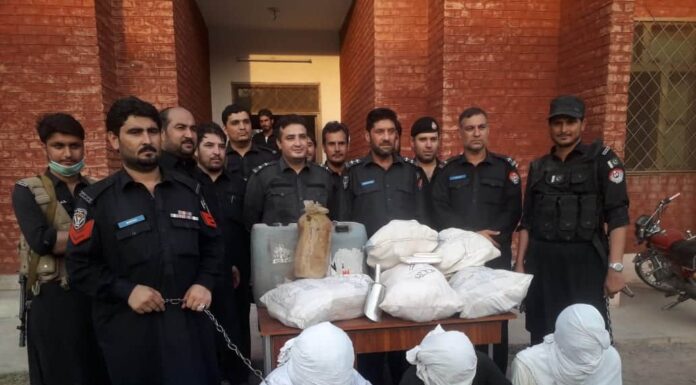