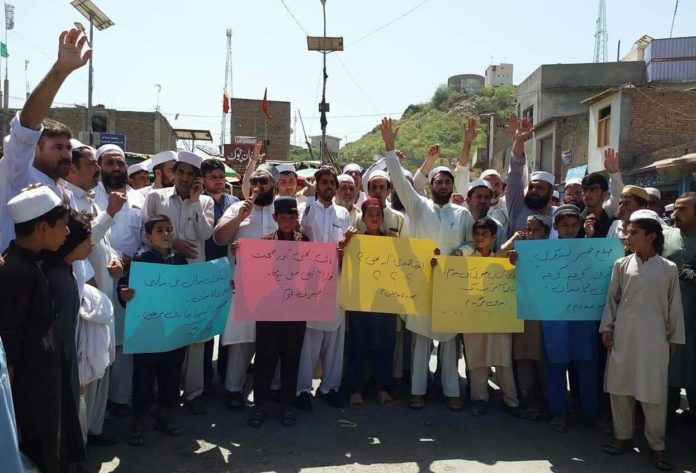 LANDIKOTAL: Under the auspices of Awaami Jarga and Khyber Youth Forum a protest demonstration held over shortage of water and unscheduled power cuts in Landikotal on Sunday. They threatened to boycott of polio vaccination if their demands were not accepted.

Apart from Awaami Jerga and Khyber Youth Forum activists, Landikotal Falahe Tanzeem, and Hamdard Foundation workers also took part in the protest.
The protesters were holding placards and chanted slogans in favour of their demands. They marched from Bacha Khan Chowk and gathered at the front of Landikotal Press club.
Amir Afridi, Shakir Shinwari, Akhtar Ali Shinwari, Abdur Razzaq Afridi, Meenawal Ehinwari and Nadar Shah Afridi spoke to the gathering.
They said that Landikotal dwellers were deprived of their basic needs like water and electricity. Adding that all the candidates of NA-43 were busy in their campaigns and due to ignorance people were following them.
The masses were also not sincere and not taking interest in the solution to their problems, they said.
The protesters appealed to Landikotal residents not to participate in the gathering of all candidates and threatened  boycott the anti-polio drive and would observed August 14, as Black-day if their problems were not addressed. 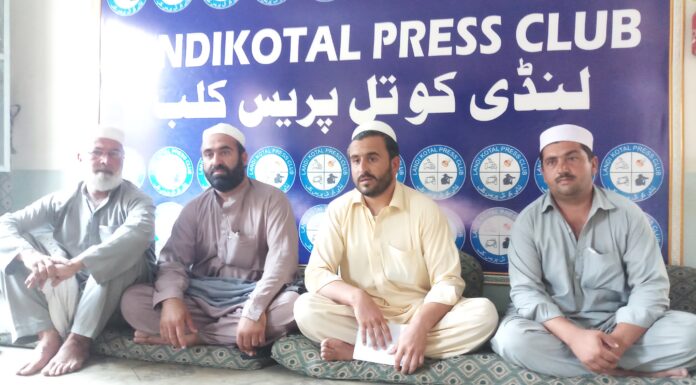