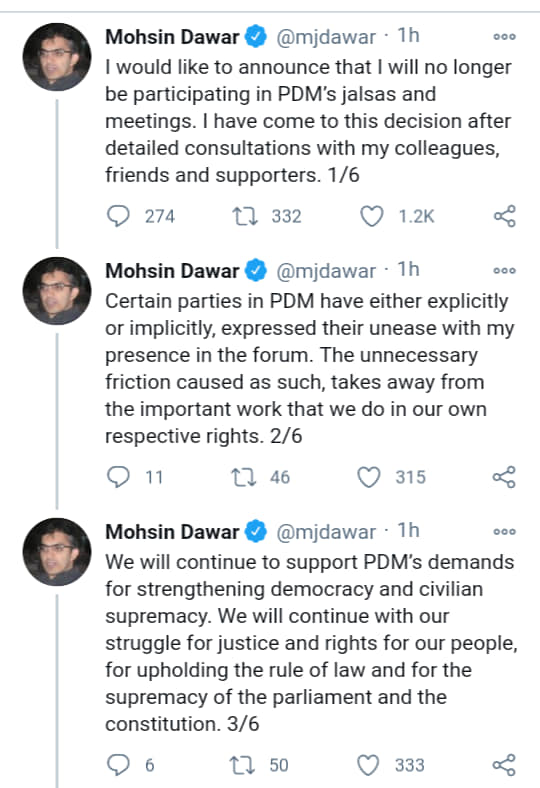 According to the details, the Founding Leader of Pashtun Tahafuz Movement (PTM) and member National Assembly, Mohsin Dawar, announced not to attend PDM meetings and gatherings.

In a statement released on Twitter, Mohsin Dawar wrote that after consulting close friends and colleagues, he had decided not to attend the PDM rallies.
Dawar said, however, that he will continue to support the opposition parties’ demands for strengthening democracy and civilian supremacy in the country.
Dawar had attended several meetings of the PDM and its rally in Karachi on October 18 but some political figures in the alliance, including Maulana Fazlur Rehman, have expressed their reservations over his presence in the PDM.
The PDM, which comprises 11 opposition parties, has been staging anti-government rallies across Pakistan. 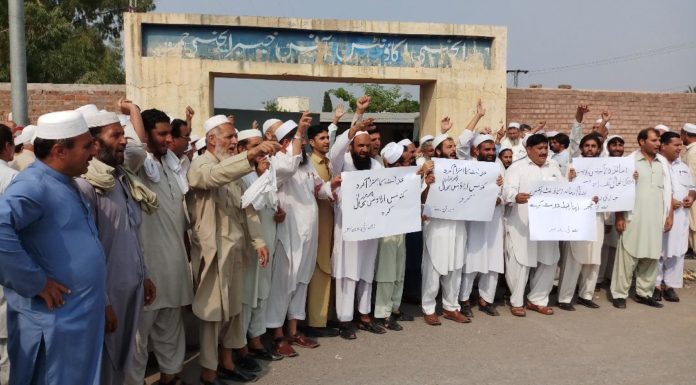